No fewer than 12 passengers of a commercial bus were rescued after the bus they boarded veered off its lane and skidded into the canal at Cement busstop on Lagos-Abeokuta Expressway, thi evening July 10. Eye witnesses blamed the driver of the commercial bus for driving recklessly. 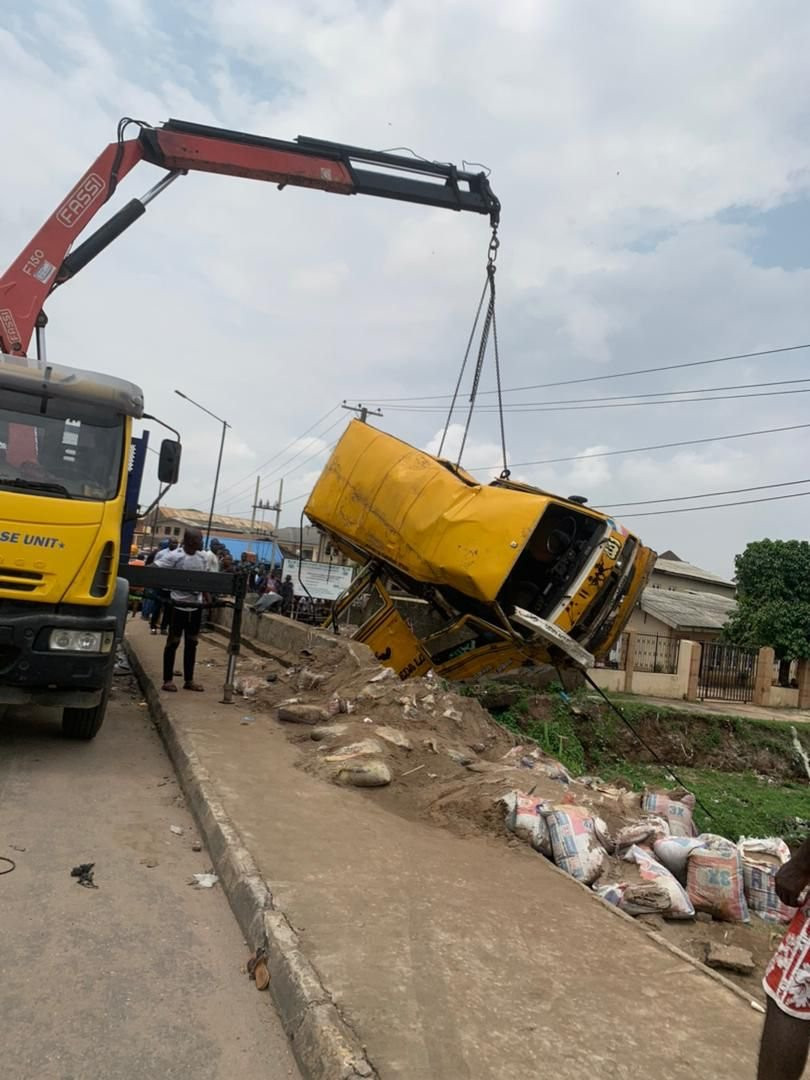 Confirming the incident to newsmen, the Permanent Secretary, Lagos State Emergency Management Agency, LASEMA, Dr Olufemi Oke-Osanyintolu, said the victims were 7 males and five females who were all taken to the hospital. 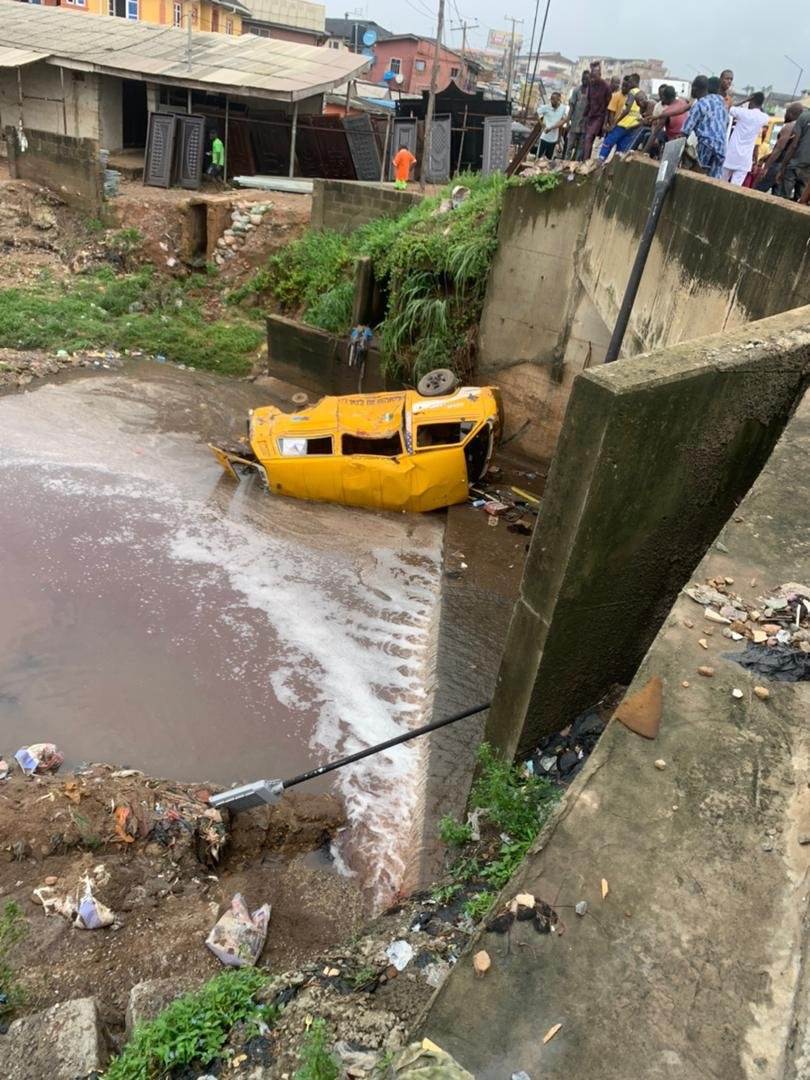 Osanyintolu added that car driver (an adult male) sustained minor injuries and was attended to at the scene by the paramedics team.

“The LRT team alongside, LRU paramedics and The Nigeria Police were responders at the scene. The Agency’s Hiab is being dispatched for the recovery of the commercial bus from the canal.”