Home ENTERTAINMENT “A lot of these girls hate on me because I’m using their...

Controversial Nigerian socialite, Bobrisky has put herself in the news again over a video he made of herself talmbout the female gender hating on him because she uses their gender better than they do. 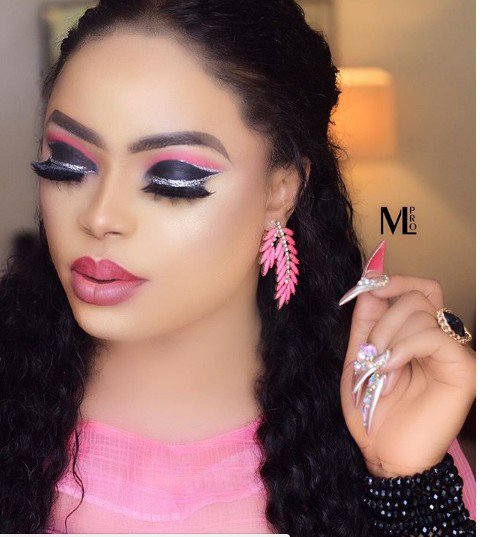 In the new trending video, Bobrisky calls out the females who are always hating on him because she has much more attention from men than they do.

Talmbout a particular glucose guardian he might be affiliated with, Bobrisky says the said person cannot be reached by regular girls who are always hating on him because he flies an helicopter frequently.

In the video, she mocks such ladies by saying he sleeps with their fathers and they can’t come close to what she has achieved when it comes to runs.

Watch the video below, (courtesy of IB9JA)

P.S – Yup! The socialite has a confusing gender distinction and as such, the male and female pronouns used for him in this post were on purpose.