Actress Remi Surutu has slammed a troll who stormed her DM to tackle her for failing to publicly mourn veteran actor Baba Suwe, who passed on after a protracted illness on Monday, November 22. 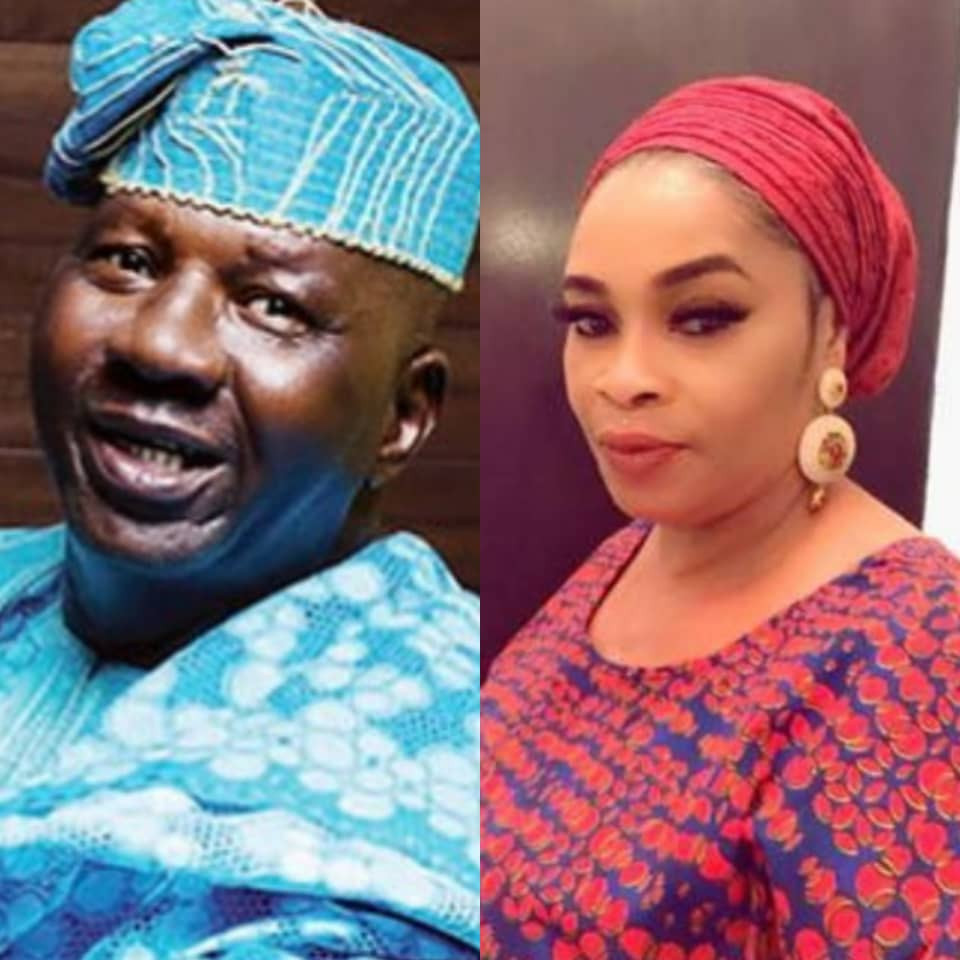 The troll had queried her for not posting Baba Suwe’s picture on her social media handle after he was announced dead.

”Shey baba suwe was a joke to people like you ni.. that journalists are posting him to wish him eternal rest before you people…Shame”

Remi said she woke up to see the message from the troll and responded accordingly. See her response below 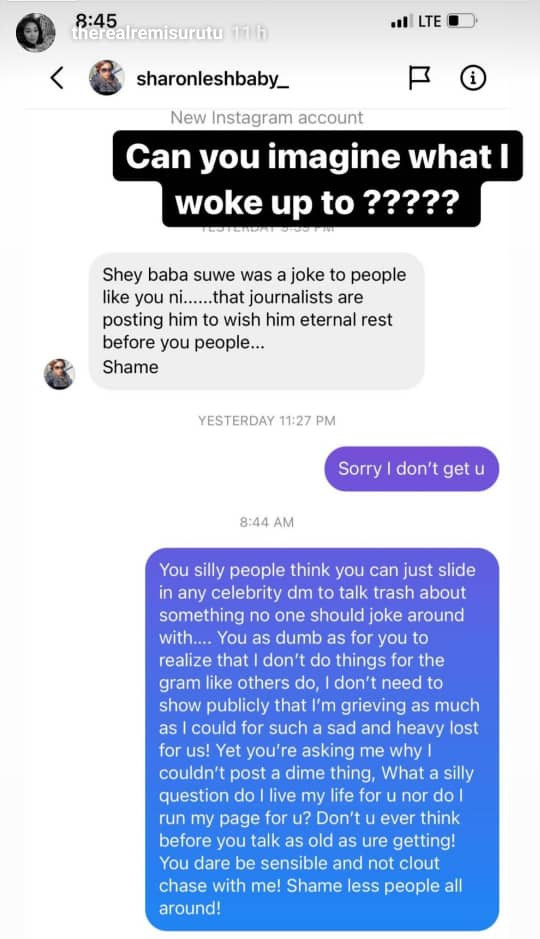