Home ENTERTAINMENT Adebimpe Oyebade and her boyfriend Adedimeji Lateef loved up while dressed in... 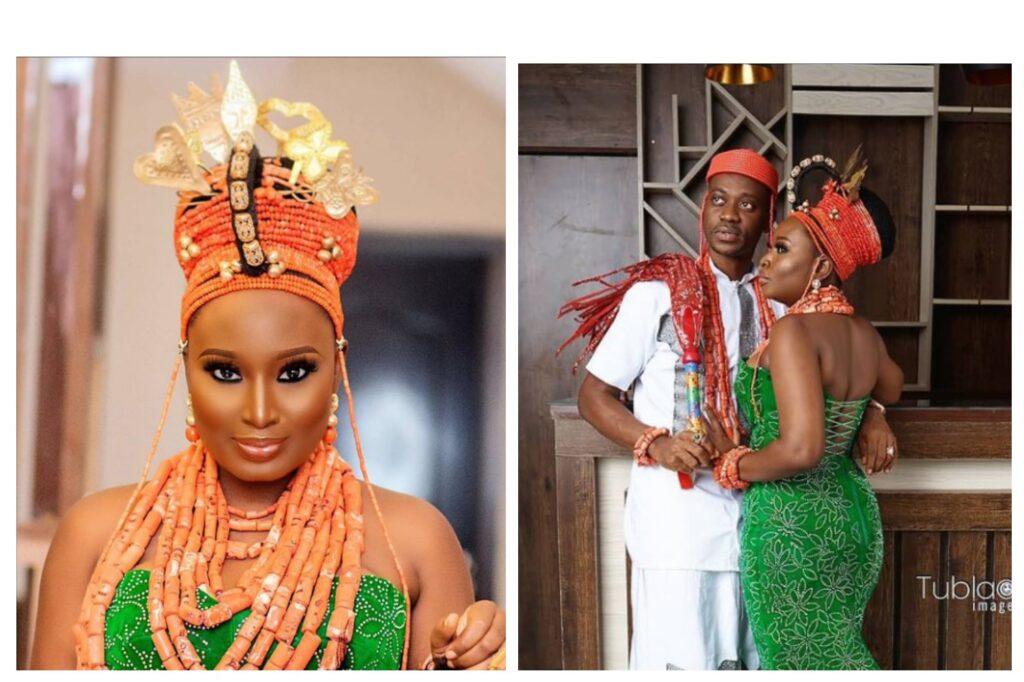 Fast and rising star Adebimpe Oyebade seems to be working on a new movie where she played the role of princess.

Earlier today, she shared some pictures of herself dressed like a queen, while revealing they were taken from a movie location.

From the snaps shared on her page, Adebimpe Oyebade could be seen well dressed and decorated with beads.

The actress further shared loved up snaps with her boyfriend Adedimeji Lateef, as it appears they are on set in a movie.

The actors have been rumoured to be in a relationship although they haven’t come out to confirm bit close sources claims they are in love with each other.

Anyways, Adedimeji Lateef was also dressed like a king in what looks like the two love birds played the major characters in the movie.