Mrs Ojukwu is the wife of late national leader of the party, Chief Chukwuemeka Ojukwu and former Nigeria’s Ambassador to Spain. 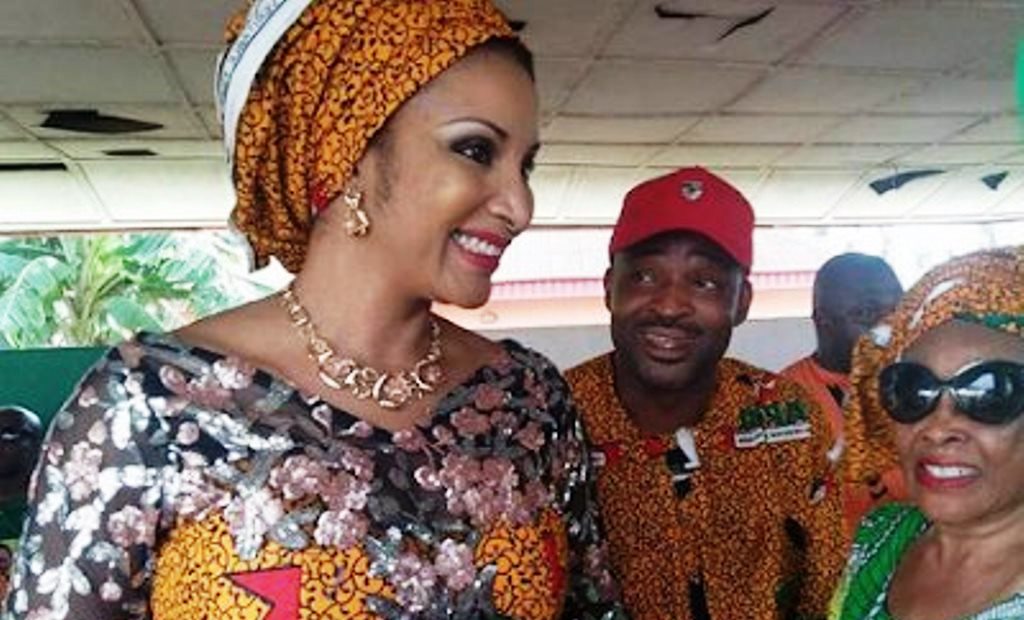 The delegation which included the Speaker, Anambra State House of Assembly, Mr Victor Okafor was led by a former chairman of the party, Chief Victor Umeh.

Briefing newsmen after the meeting that lasted for over four hours, Umeh said that the essence of the visit was for the party to reconcile with the wife and their late leader.

He said that it had become necessary to bring members of the party in Anambra together as one family in order to successfully confront the various tasks ahead.

“For sometime now, APGA has been operating with a missing rib. Bianca has contributed to the wellbeing of APGA starting from the time her late husband was the leader of the party,” he said.

The former national chairman of the party said that it was necessary to bring every member on board and to forget the past, especially, with the forthcoming Nov. 6 gubernatorial election in Anambra.

According to Umeh, the party being a political organisation is bound to have its challenges.

“However, the important thing is that the ideals for which this party was established must be protected no matter the interest anybody is pursuing in this party.

“This visit is a turning point in the journey of this party to the gubernatorial election. We are satisfied that as a mother in this party, she has listened to our prayers and pleas.

“She should avail herself fully towards the pursuit of victory for APGA in order to deepen the hold of the party in the state and to ensure that the legacy left for us will remain intact,” he said.

The former senator said that APGA was the hope of the people of the area in any political dispensation.

“We are invoking the spirit of Chief Chukwuemeka Ojukwu as well as his fatherly guidance and blessings as we embark on this journey,” he said.

Umeh said that the party would emerge stronger from its current challenges.

In her remarks, Ojukwu said that it was sad that the party found itself in such dilemma which could have been averted.

The former Nigerian Ambassador to Spain regretted that previous efforts made to assuage aggrieved members of the party hit the rock.

“There have been to date at least two other committees that have been set up by the governor to advance the grievances of very great number of APGA members who are dissatisfied with the party.

“The first and second reconciliation committees made recommendations but they never saw the light of day,” she said.