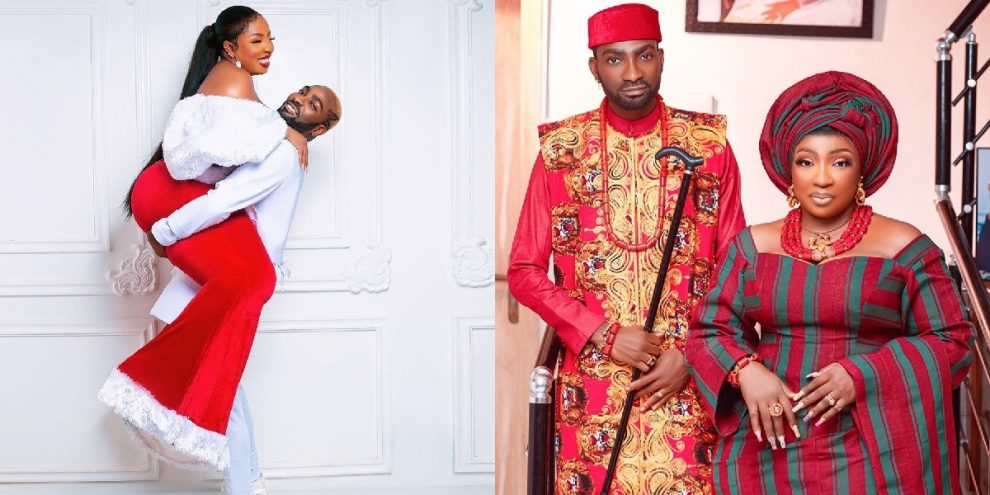 Anita Joseph took to social media to thank her husband for been a good father, husband and best friend to her.

Sharing photo her husband and herself, she wrote:

When they say marriage is not sweet “
I say marriage is the sweetest 🙈
It’s been 2years of Bliss 🙈🙈
Ours is built on solid Rock while we put
God as the overall Overseer 🧎‍♂️🙏
….
@realmcfish thank you for been a good Father Husband Bestfriend Etc 🤝
I cherish every moment with you “
I Love you forever King ❣️❣️
You’re rare Nwoke oma❤️

Two years ago a Yoruba man from ondo state married an Igbo woman from Nsugbe in Anambra,people felt they were faking it , some even said it won’t be possible, others said we wouldn’t survive a year in this marriage of ours , they even said it was a publicity stunt and photo shoot . But yet here we are still going strong ,
I don’t know how my life would have been if u didn’t come my way but I thank God for the day I met u .
.
Happy anniversary my queen , you’re a Amazon , a good mother , a good wife , a brilliant entrepreneur, my ride or die, I pray on this day that our union continue to be blissful and joyful in Jesus name 🙏.
.
I love you ANITA JOSEPH OLAGUNJU @motherhenanita