Home ENTERTAINMENT BBNaija 2021: Pere And Maria Try To Define The Relationship They Actually... 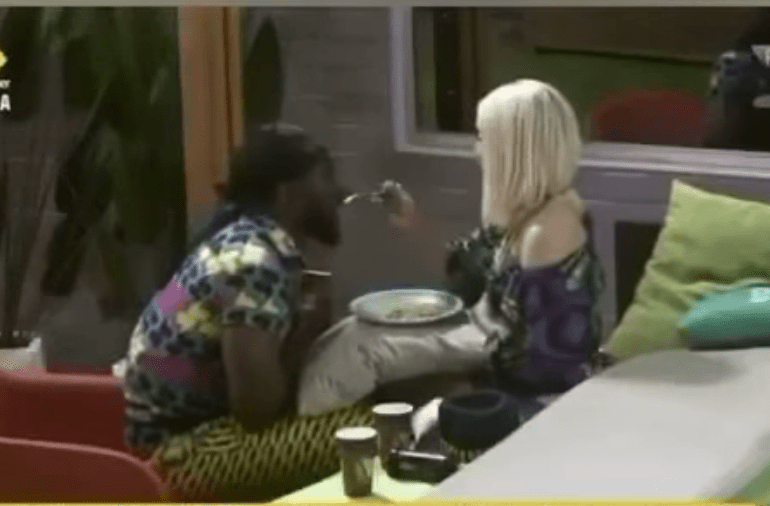 The most popular ‘couple’ in the Big Brother Naija Season 6 house, Pere and Maria have had a sit-down conversation to discuss the in-depth and progress of the relationship they have.

They sat closely opposite each other as Maria spoon-feeds Pere while they talk about what their relationship is and how it’s going to be like when they get out of the house. Maria disclosed that she feels what’s going on between them is fake, because she thinks she’s in a confined environment, therefore, she doesn’t see anyone but Pere so she doubts if her feelings for her are genuine or vice versa. Pere retorted that he’s sure when they both get out, things will probably get better between them. Maria further added he might even end up losing interest in her completely because of how she really is on the outside.

The two had a back-and-forth discussion where Pere still insisted they can both work things out properly when they get out of the house. Their relationship has been a roller coaster of emotions; especially on Maria’s side. So far, Pere has demonstrated genuine affection towards Maria, while she has shown indecisive behavior throughout.