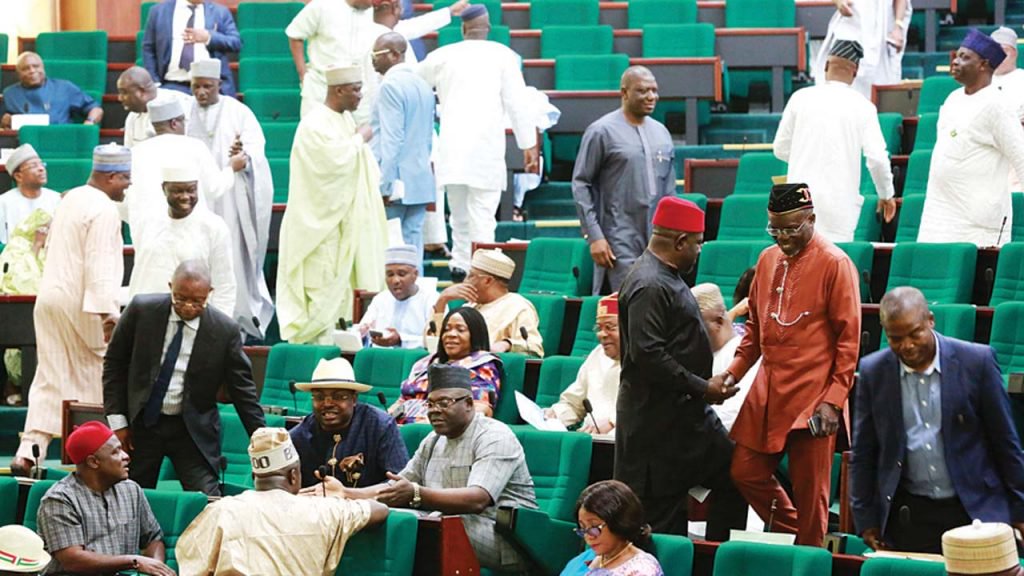 The House of Representatives has summoned the Minister of Labour and Employment and the Minister of Power as well as the Director-General of the National Pension Commission to appear before it on Thursday, December 12, 2019 to brief the leadership on the planned strike by electricity workers in the country.

Before now, the National Union of Electricity Employees (NUEE) had issued 21-days Ultimatum to concerned bodies and it has elapsed without any effort to prevent the workers’ planned strike.

Meanwhile, the Lower Chamber expressed displeasure that the 21-day ultimatum issued by the National Union of Electricity Employees (NUEE) was allowed to elapse without any effort to nip the planned strike in the bud.

The summon arose as a result of a motion of urgent public importance sponsored by Hon. Toby Okechukwu (PDP, Enugu) on the need for the House to intervene and ensure that the strike is not allowed to take place.

Okechukwu said that if the strike is allowed to take place, it is capable of creating untold economic hardship in the country as several business outfits, especially the small scale businesses will suffer.

He said it was not in the interest of the nation to allow the strike to go ahead, adding that as representatives of the people, the lawmakers must find solution by inviting the relevant stakeholders to dialogue with a view to finding lasting solution to the problem.

He said it is not economically wise to allow the unions go ahead with the planned strike, pointing out that the Union should be prevailed upon to back down on their threat while the leadership find a lasting solution.

He said if the strike is allowed to take place, the consequence will be more than what the workers are being owed, stressing the fact that the House has already resolved to come down hard in issues of casualisation.

In his contribution, Hon. Ndudi Elumelu said one of the critical issues on the legislative agenda of the House was the issue of power reform, adding that there is presently no guarantee that the nation can effectively distribute 100 megawatts of electricity daily.

He said the distribution companies presently does not have the capacity to distribute the about 4000 megawatts of electricity being generated, saying “imagine is that is now shut down completely. Everybody will now go after generating set to be able to operate”.

He said it is unfortunate that a 21-day ultimatum was given by the unions and allowed to expire without those concerned inviting them for dialogue, adding that if the House leadership does not intervene, the issue may go out of hand.

House Deputy Leader, Hon. Peter Akpatason said if the Parliament is not decisive enough, the Union members will embark on strike, pointing out that this is worrisome enough to attract House intervention.

Speaker of the House, Hon. Femi Gbajabiamila directs the Clerk of the House to write and invite the two Ministers of Power and Labour, the DG PENCOM, the Union leadership and other stakeholders to a meeting with the House leadership by 2.00PM on Thursday, while underground efforts should be made to get the Union not to commence the planned strike action.