Home CELEBRITY “BSc in the bag” – Singer, Saheed Osupa celebrates as he signs...

Fuji maestro, Saheed Osupa, has taken to social media to celebrate as he recently signed out from the University of Ibadan (UI).

Taking to his official Instagram page on Friday, January 28, the singer revealed he bagged a degree in political science.

“You don’t have to see the whole staircase; just take the first step for the best view comes after the hardest climb! Signing out in style. Alihamdulilai Robil Alamin. I am grateful. BSc Political Science in the bag. University of Ibadan!” Recté Sapere fons!” He captioned the photos.

Fans, followers and colleagues have trooped to his comment section to congratulate him on the new feat. 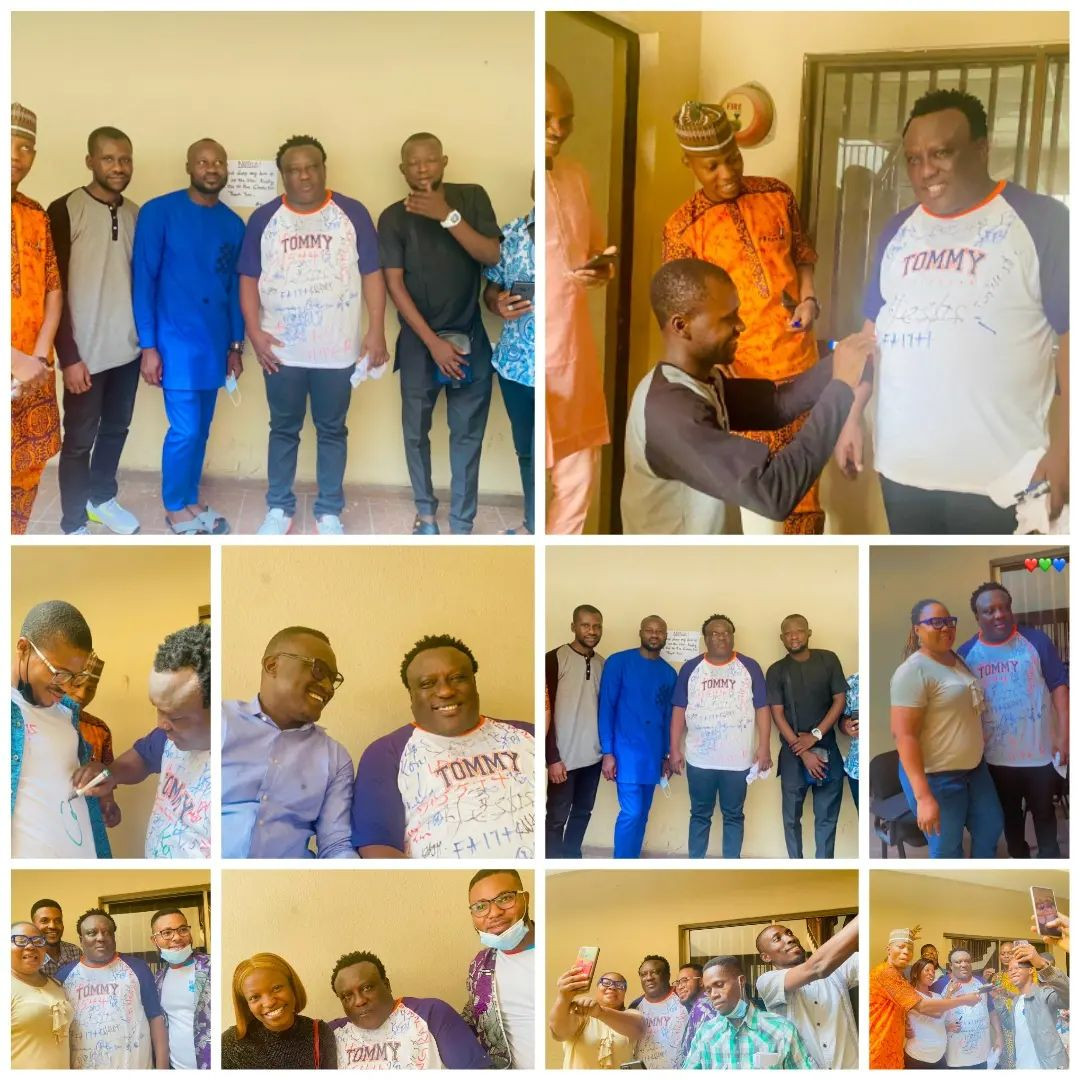 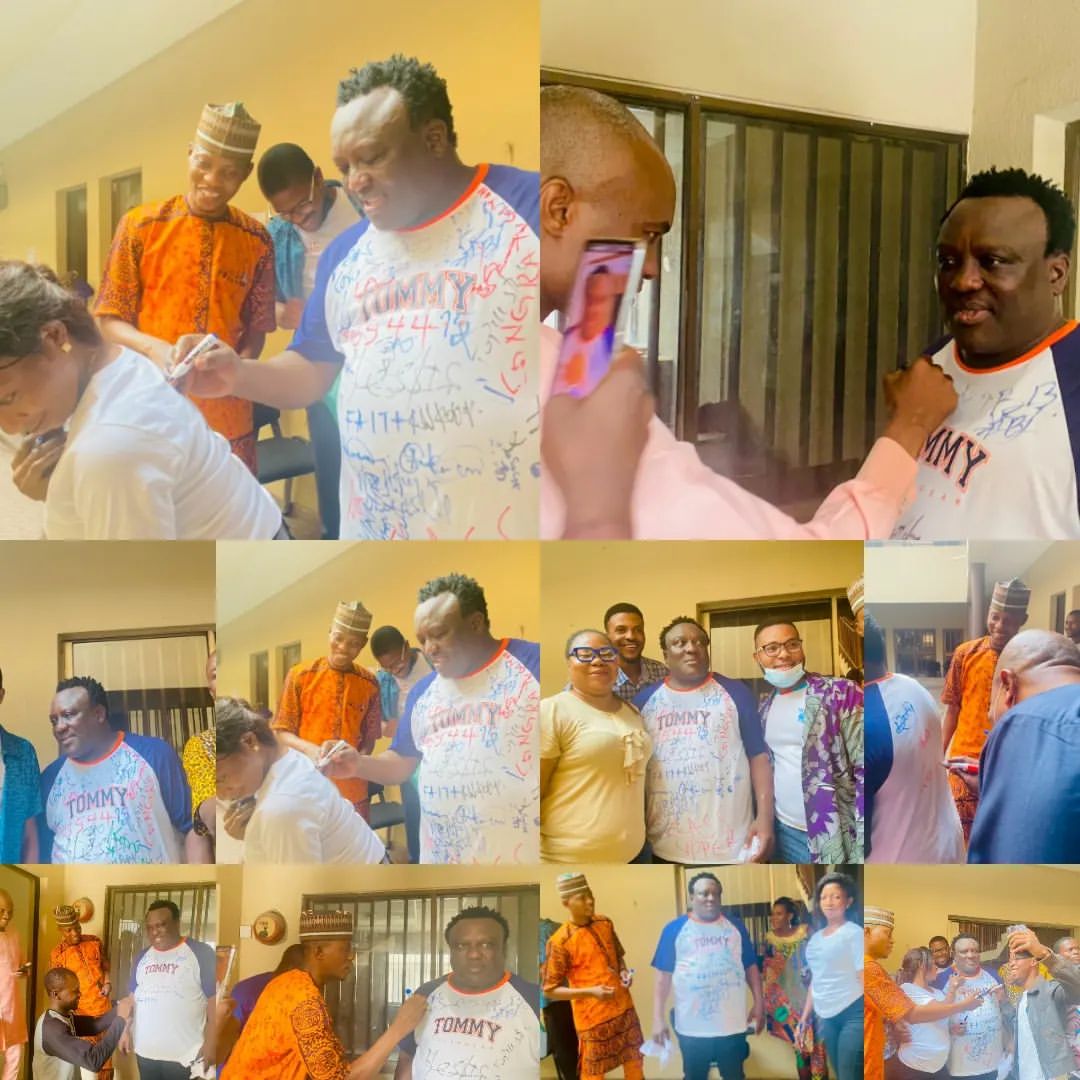 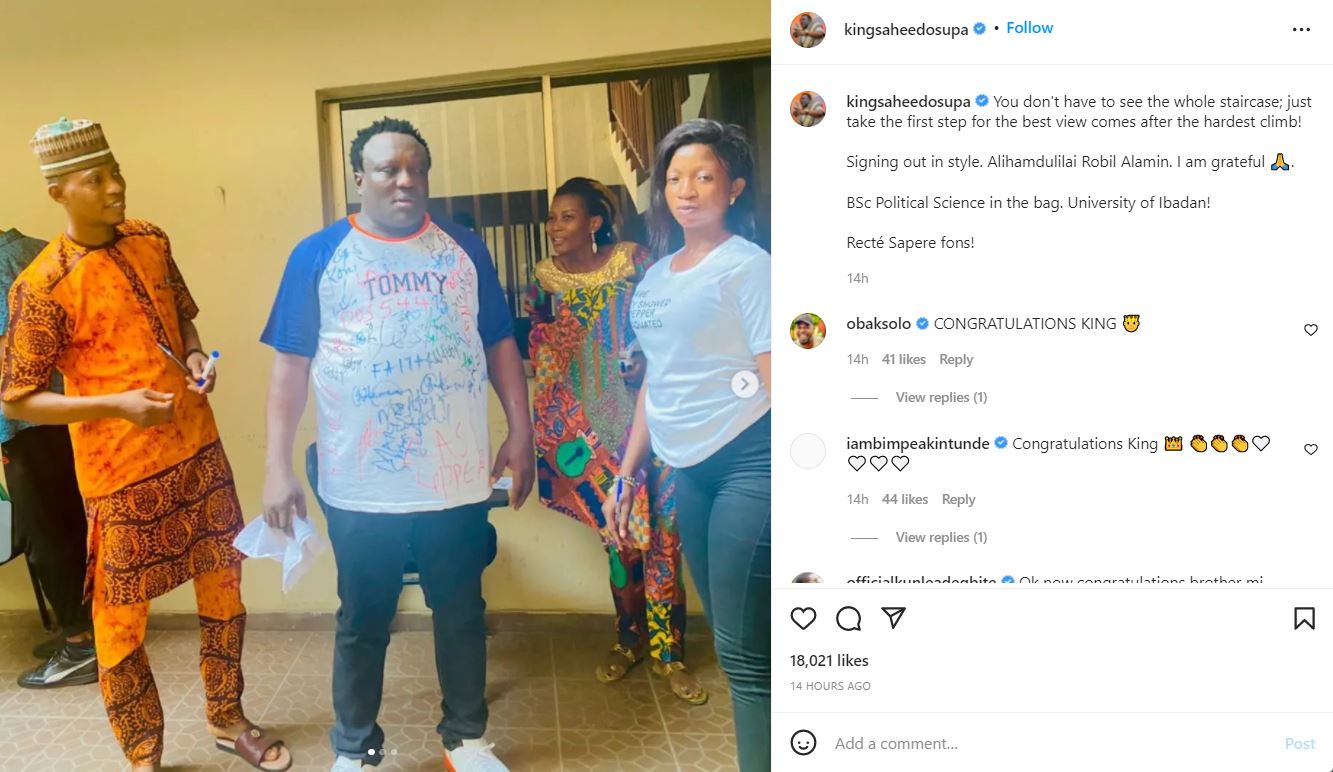 Speaking on why he studied political science in an interview with City People, he said, “I just want to be a political theorists because I’m still going to obtain my Master’s degree in Political Science.”

When asked if he’s dreaming of contesting for any political post in future, he replied, “I’m not, I just want to make correction to some mistakes through my column, on social media. And to be a role model to some boys that I trained.”