Members of Celestial Church of God burst out in praise and worship after seeing what they claimed was an image of their founder, Samuel Oshoffa in the sky. 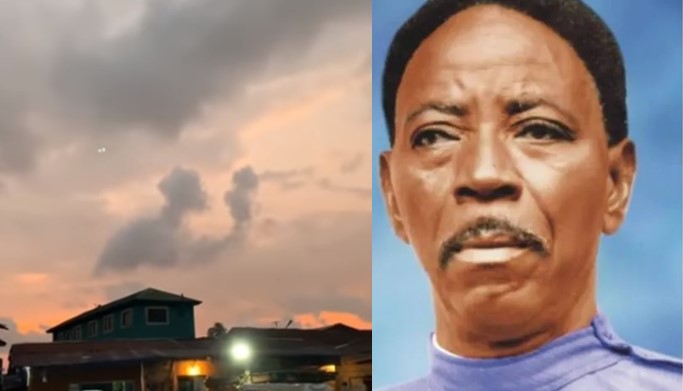 The alleged appearance of their late leader in the sky reportedly happened during a church service.

According to the members, Oshoffa appeared in form of accumulated clouds and they were filled with joy

“We saw papa Oshoffa in the sky while doing service. Share if you are truly Celestial member,” a video was captioned.

The Celestial Church of Christ was founded in 1947 by Samuel Bilewu Joseph Oshoffa. He passed away in 1985.