The Serving Overseer, The Citadel Global Community Church, Pastor Tunde Bakare, has called for a change of guard in the country, saying those around the President, Major General Muhammadu Buhari (retd.) look tired. 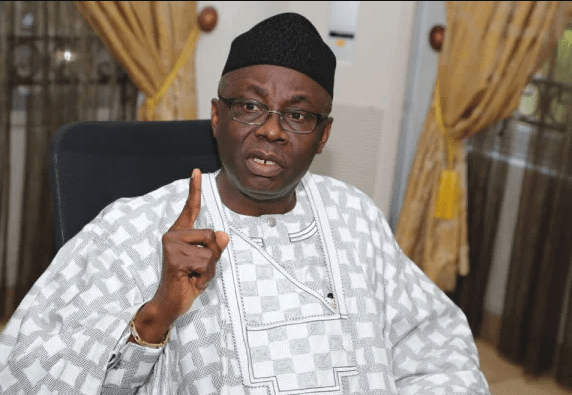 Bakare, at the state of the nation broadcast on Sunday, said the time to rescue Nigeria from opportunists in government had come.

The cleric, while delivering his address, titled, ‘The Black Box of Nigeria’s Politics,’ also said there were forces influencing those in government to misbehave.

He said, “Change of guards simply means that we need fresh hands and insights into how to fix the problems of Nigeria.

Everyone looks tired around the President and we need a change of guards to bring competent people to handle critical issues. I’m not advocating coup d’etat, God forbid; that will set us back by many years again. Military coup landed us in the trouble we are.

This may be the last state of the nation broadcast in this auditorium; I perceive strongly that from now on, especially from the day we’ll formally launch the N4N movement (Nigeria for Nigeria movement), our operation will move to the public square, conference centres, as well as banquet halls and hotels across the country and other nations of the earth.

This we’ll do in as many places and doors as the good Lord will open to us in order to stir up the spirit of Nigerians home and abroad to take their nations back with a view to rebuilding its weak place.

“It is time to carry the battle to the gates of the enemy, and inspire our people home and abroad to rescue their nation from the opportunists in power at all levels of government in our nation.

There are forces of devil that influence those in government to misbehave in power and to do the wrong things that will put people in subjugation and oppression.

“The truth is that natures abhors vacuum, it is definite that wherever you find thrones, you will also find spiritual forces either of good or evil behind those thrones. From all the evils plaguing our nation today, it is clearly evident that there are blood-sucking malevolent forces behind the seat of government across the length and breadth of the country.

And that is why we can’t keep quiet and our simple assignment is to send them packing.”

Bakare added that the N4N movement would shake Nigeria more than Save Nigeria Group did, saying those in the diaspora would be involved in the movement.

The cleric also noted that it was time to throw away 1999 Constitution, adding that it was erroneous to say the unity of the nation was not negotiable.

“The 1999 Constitution was imposed upon the nation by the military and has completely removed the ancient landmark set by our founding fathers in the 1960 Independence Constitution and the subsequent 1963 Republican Constitution respectively.

“Truth be told, the majority of the champions, promoters and supporters of the “our unity is non-negotiable” slogan pay lip service to a version of unity that serves their selfish interests.

What they are insisting on, in reality, is that “our disunity is non-negotiable,” and that we must be forced to live together irrespective of the inherent dysfunctionality of the terms and conditions,” Bakare said.

The cleric added that he did not care about the region the next president of Nigeria would come from as long as the person was qualified to lead the country.