Instagram skit maker, Ashmusy, has called out a popular filling station in Lagos for allegedly selling water as fuel to unsuspecting customers. 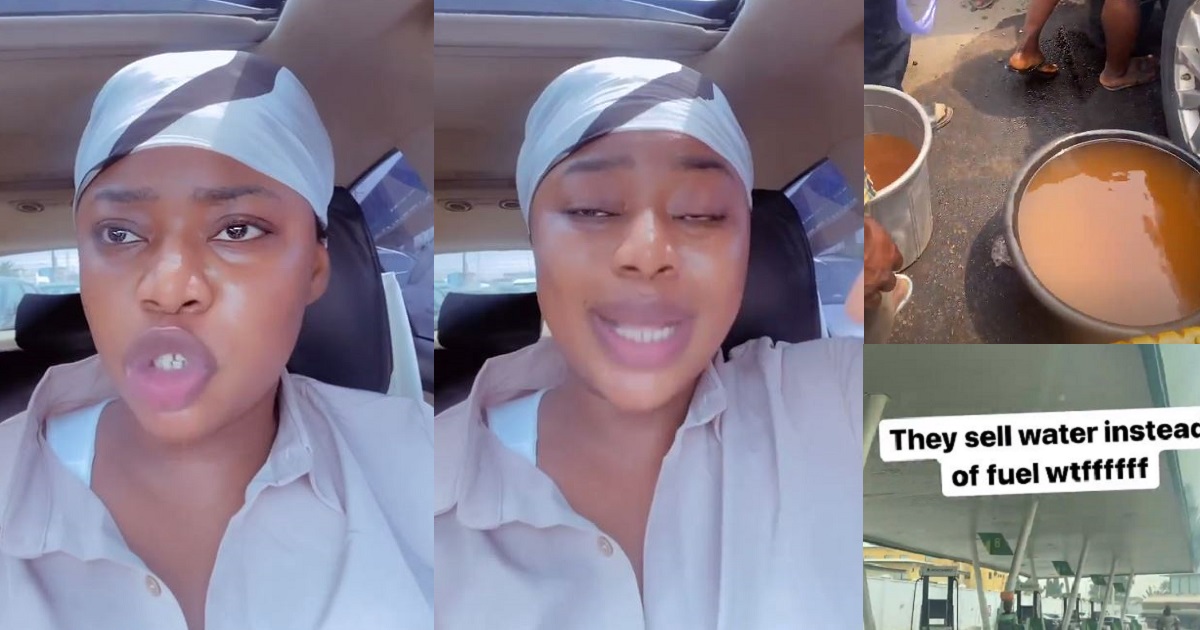 The comedian, in a series of videos she shared on social media expressing her displeasure, narrated how her car broke down in the middle of the road after buying fuel from the filling station.

According to her, shortly after she left the fuel station her car broke down, and, to her surprise, other motorists who came out of the same filling station had similar problems.

Ashmusy, who threatened to sue the filling station, also shared a video which showed the mixed fuel in bowls. 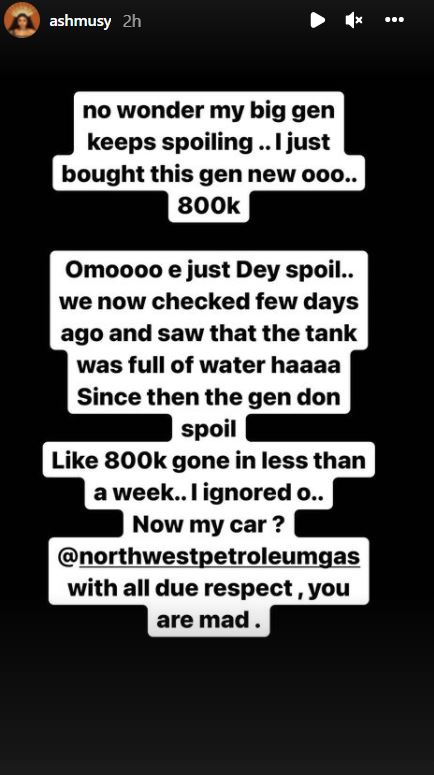 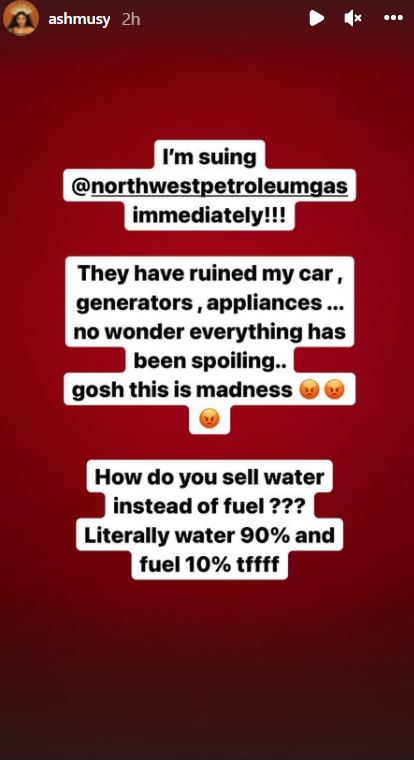