A National Youth Service Corp member triggers mixed reactions across social media space after flaunting the car he acquired with his six-months allowance. 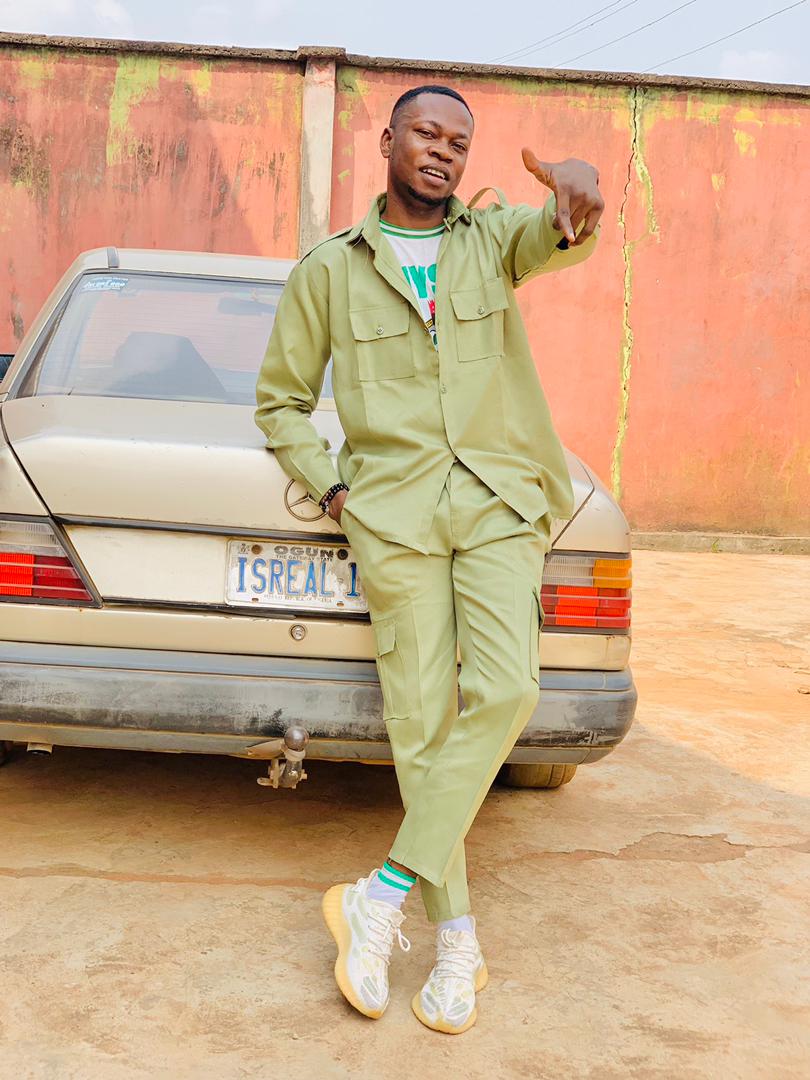 The copper identified as Kenny Omomeji shared the pictures of his new whip on Twitter, a 1994 Mercedes Benz 200E (W124), which he claimed to have acquired with six-month savings.

“Thanks to NYSC, I just bought my first car!! I saved up my 6month allawe to get this Benz. Congratulations to me,” he wrote while posing with his new whip. 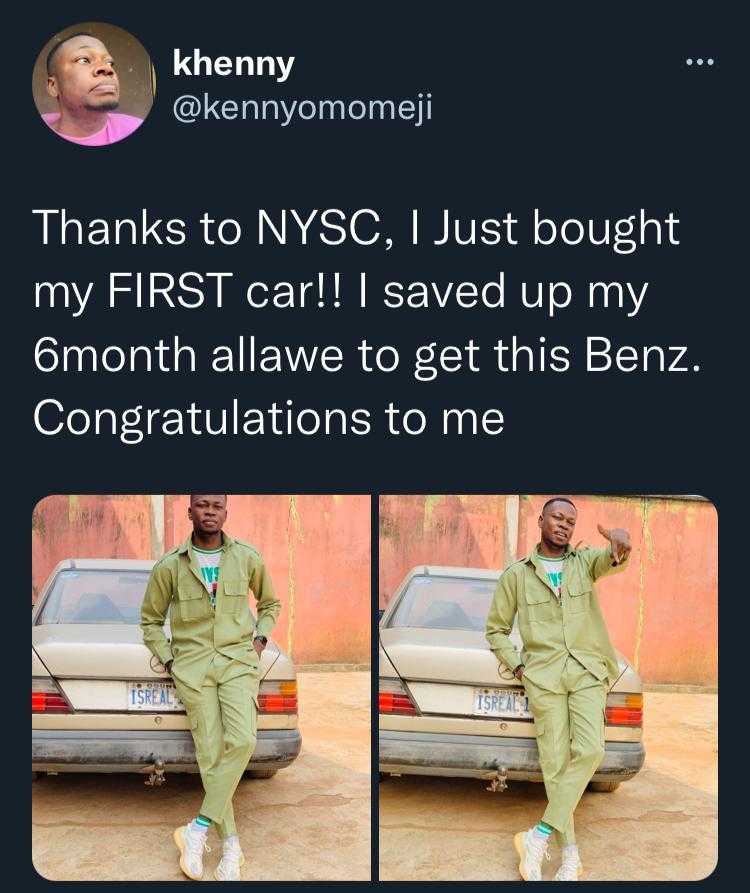 Man stripped after he entered RCCG Church disguised as a woman