Home NEWS Corps members protest after an NYSC official allegedly slapped one of them... There was pandemonium at the National Youth Service Corps orientation camp in Benue state recently after an official allegedly slapped a corps member.

According to viral reports, a NYSC official slapped a corps member during one of the activities at the camp, and this enraged his colleagues, who immediately protested. 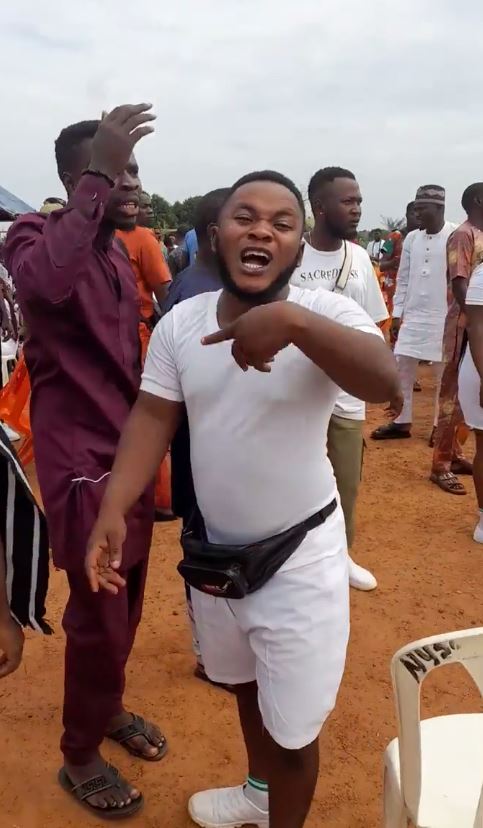 In a video from the scene that has been shared online, corps members were heard asking why the official assaulted one of them.

“Why dem go slap corper, dem dey beat corper for here for inside camp, for Benue, which kind level”, some voices in the background could be heard saying.