Home ENTERTAINMENT Davido adopts the swag of Burna Boy as he shows off his... 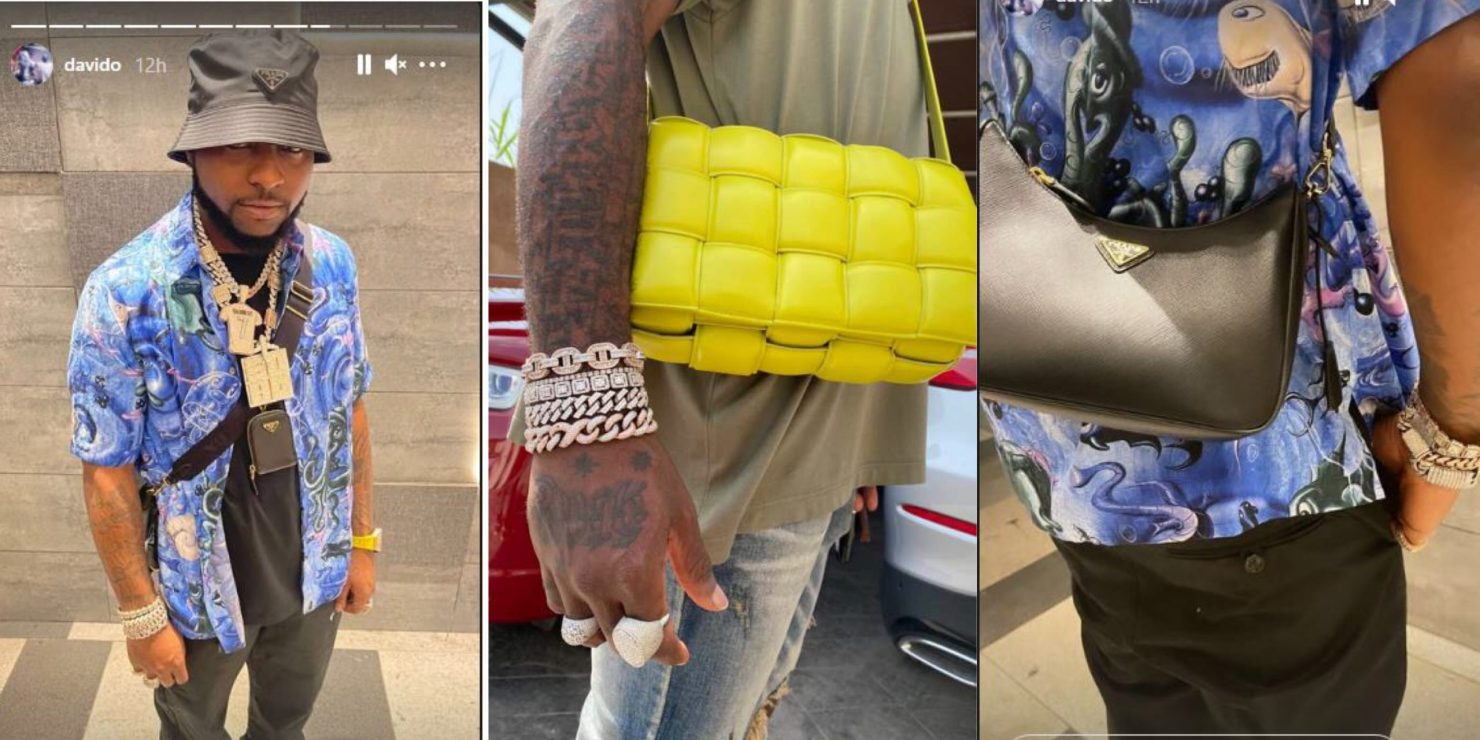 Top Nigerian singer, Davido seems to have adopted the swag of the Grammy winner, Burna Boy as he shows off his own feminine bag alongside expensive pieces of jewellery in some recent photos.

Recall that days ago, Burna Boy was spotted with a feminine bag which sparked reactions on social media as to whether the bag belonged to his girlfriend, Stefflon Don or if it was just a mere display of fashion.

Davido, in a recent development, took to his Insta-story session to share some photos of himself rocking a feminine bag alongside his expensive pieces of diamond jewellery which depict enormous riches.