Home ENTERTAINMENT Davido reveals he was working on a song with Juice Wrld before...

Popular Nigeria Singer, David Adeleke better known as Davido, has revealed he was working on a song with late American rapper, Jarad Anthony Higgins, popularly known as Juice Wrld, before his tragic death. 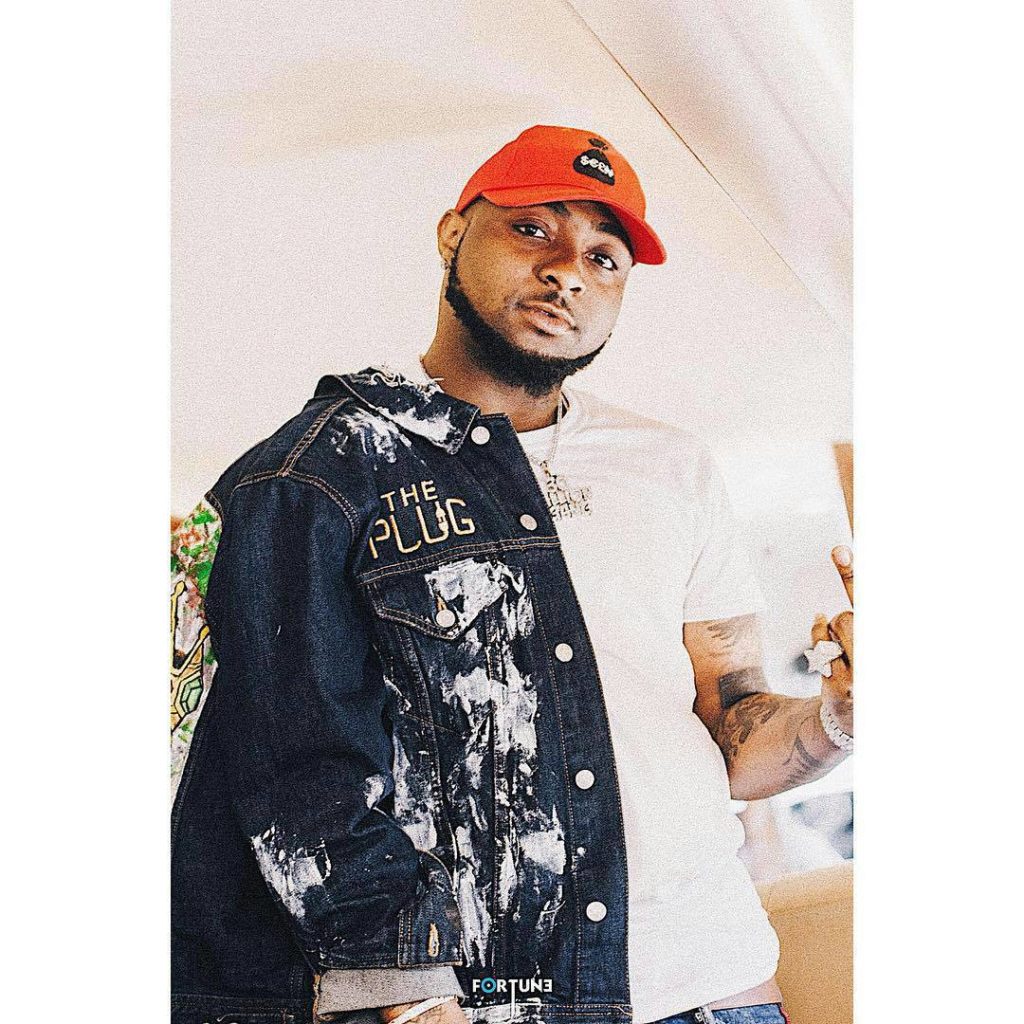 The US rapper died aged 21, on December 8, after suffering a seizure at the airport. (Read Here) 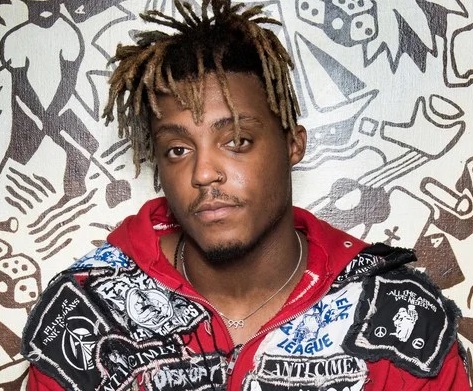 Davido took to his social media page to share a screenshot of his conversation with the late rapper.The chat shows the conversation about the record they were about to release which appears to be ready.

See their conversation below ; 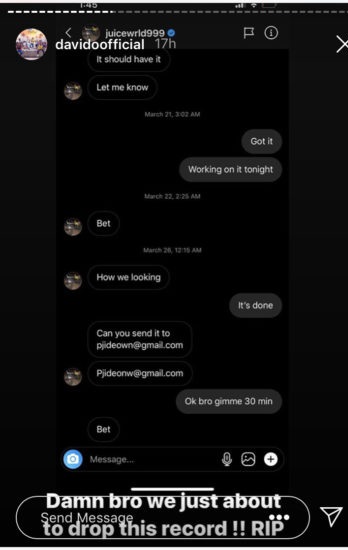