The Minister of Defence, Bashir Magashi, has asked soldiers fighting Boko Haram in the North East not to be afraid of bullets and that they should be more daring in their fight against the terrorists. 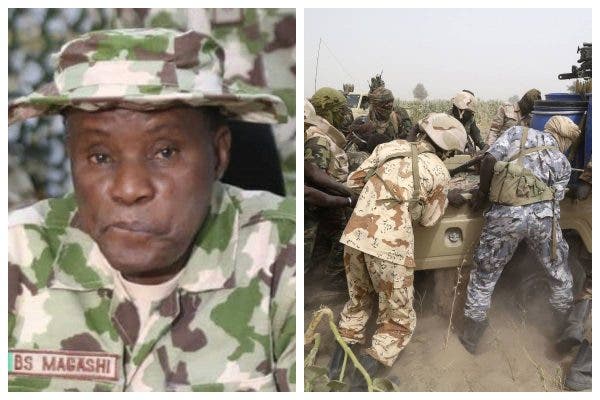 The Boko Haram insurgency began in 2009, when the jihadist group Boko Haram started an armed rebellion against the government of Nigeria.

When Boko Haram’s insurgency was at its peak in the mid-2010s, it was called the world’s deadliest terrorist group, in terms of the number of people it killed.

As of today, over 50,000 people have died in the conflict with nearly 3 million other displaced from their homes and communities.

Speaking during a morale-boosting visit to the troops in Maiduguri, Borno state over the weekend, Magashi, a retired Brig.-Gen. said what should be on the minds of the troops while battling insurgents should be to secure the country.

“You should not be afraid of the bullet because it can even meet you in the house if it means you dying by it. But if you are not meant to die by the bullet, it will never kill you even at the heart of a war.”

The minister assured them of the government’s readiness to improve on their welfare.