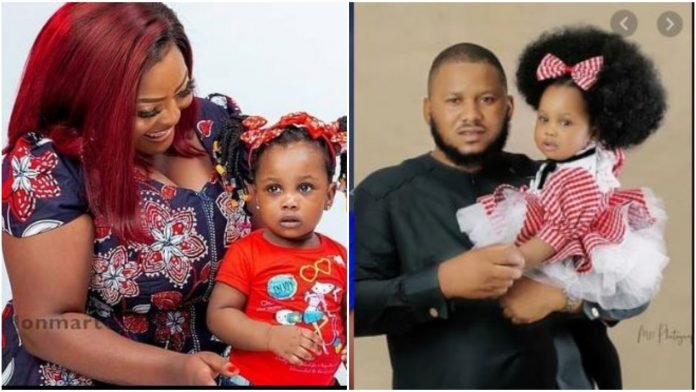 Ronke Odusanya, a Nollywood actress, has been engaged in a paternity scandal involving her 18-month-old child with Olanrewaju Saheed, also known as Jago, for the past few months. 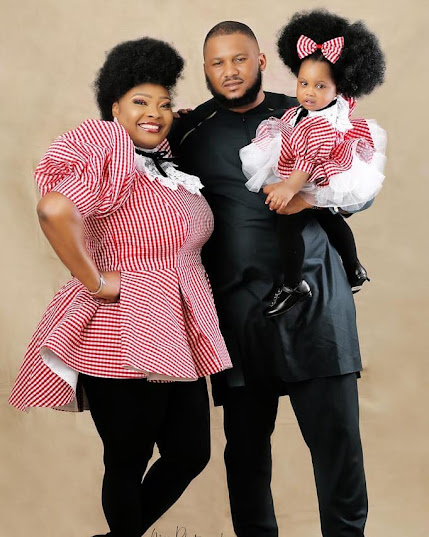 A DNA test for the baby was recently ordered by the court, but Jago, through her lawyer, stipulated that she would pay the DNA fee.

Jago and the actress have remained silent since then.

Ronke Odussanya, on the other hand, has sparked outrage among fans after sharing a photo of herself and her daughter on Instagram to commemorate Mother’s Day. 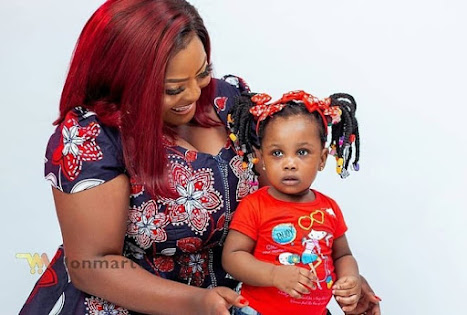 Many people slammed Jago after noticing his daughter’s striking resemblance to him.

tanwakal wrote: Honestly this girl is carbon copy of the dad.

ladybossdebbie wrote: And somebody actually requested for this visible DNA,even a blind man can tell. Craze people everywhere

spiringfemalegovernor wrote: Who’s the mad man that requested for this lovely baby’s DNA?

teeyojo wrote: @aspiringfemalegovernor God will punish that person the baby looks so much like the dad I love you momma and daughter