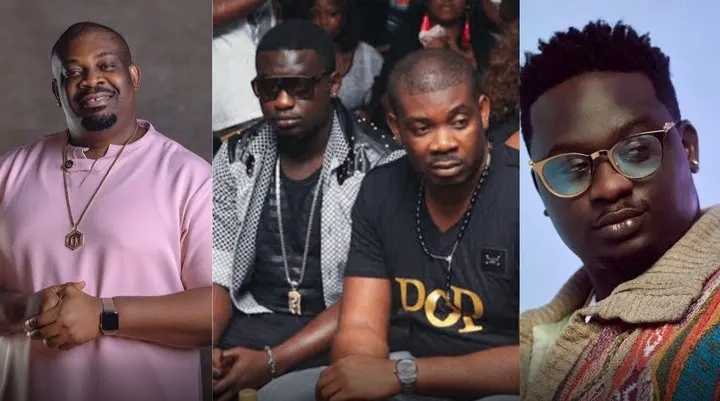 The CEO of Mavin records disclosed in an interview with Ebuka on Bounceradiolive that Wande Coal left Mo’hits because alot of people were in his head and he really wanted to take his career into his hands.

Speaking further, the 38-year-old successful music guru mentioned that he called Wande severally to come back to Mo’hits but he refused.

“I sent several DMs to Wande Coal begging him to come back”, Don Jazzy said.

Kemi Filani recalls that Wande Coal got his break in the Nigerian entertainment industry as a dancer after which he got signed to Don Jazzy’s Mo’ Hits Records in 2006. In 2013, Wande left Mavin Records to become independent.