Asides from being an award winning actress and entertainer, Eniola Badmus appears to have a good eye for interior decoration. 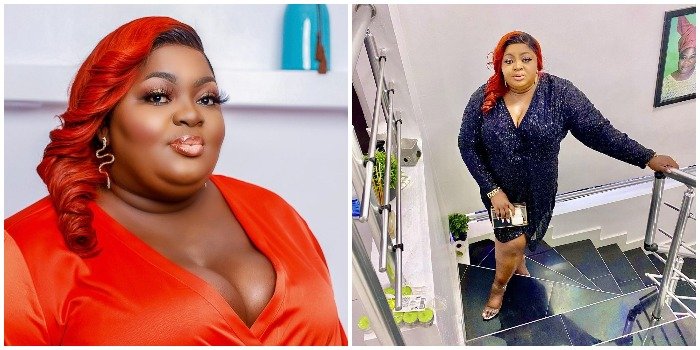 The actress occasionally shares photos of herself in her luxury home, which gives her fans a glimpse into her apartment and it is inarguably magnificent.

Just recently, the 43-year-old movie star took to her Instagram page to share a photo of herself posing beside her beautifully decorated television console with amazing lighting in her living room.

Months ago, the film star left fans stunned with a photo of her stunning bedroom. In the photo, the ceiling is designed with a painting that appears to be inspired by world-famous Italian painter, Michael Angelo. 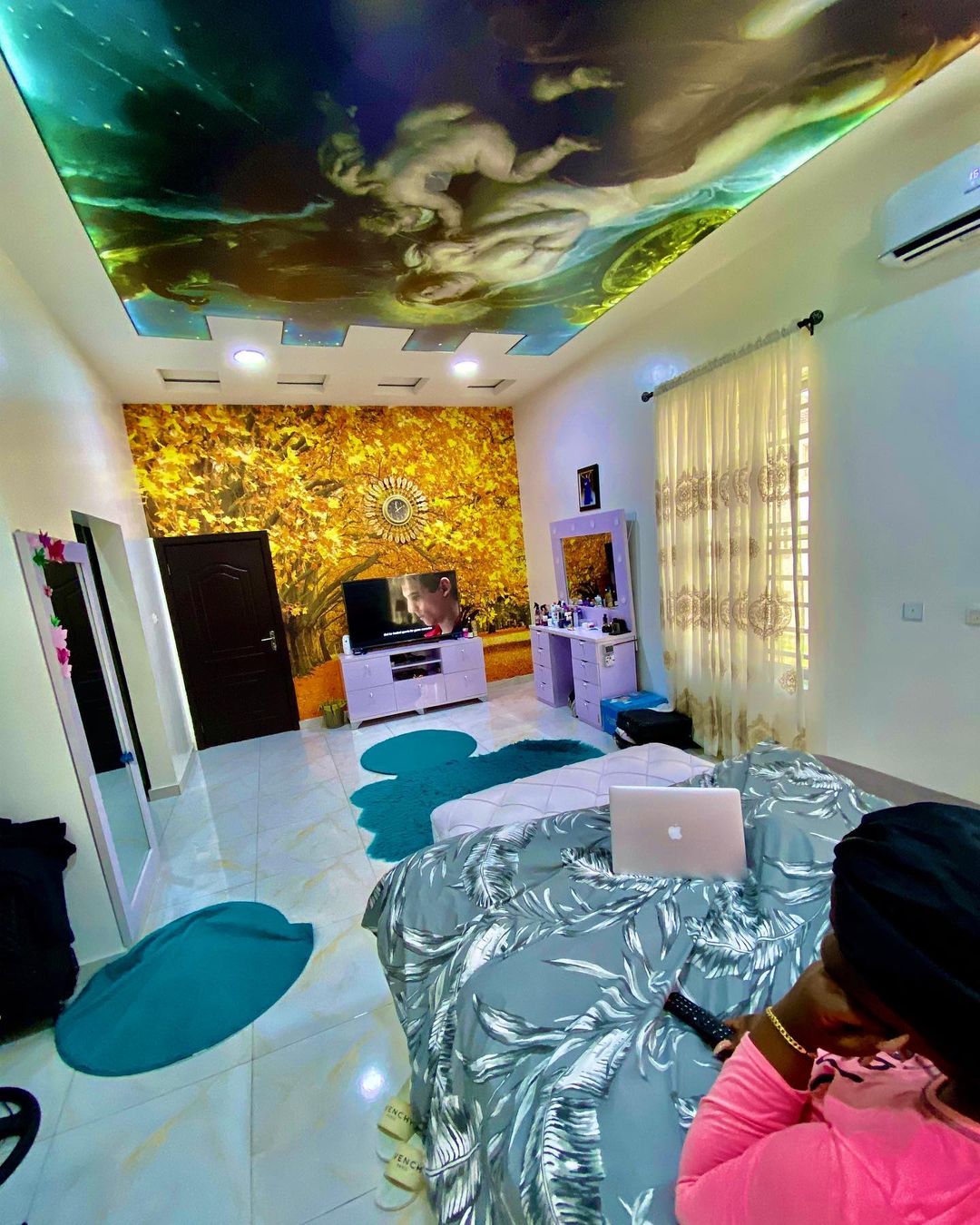 Badmus who appears to be living in a duplex shared another photo of herself posing by her staircase. The stairs was decorated with plants and an artwork of a woman, presumed to be her mother.