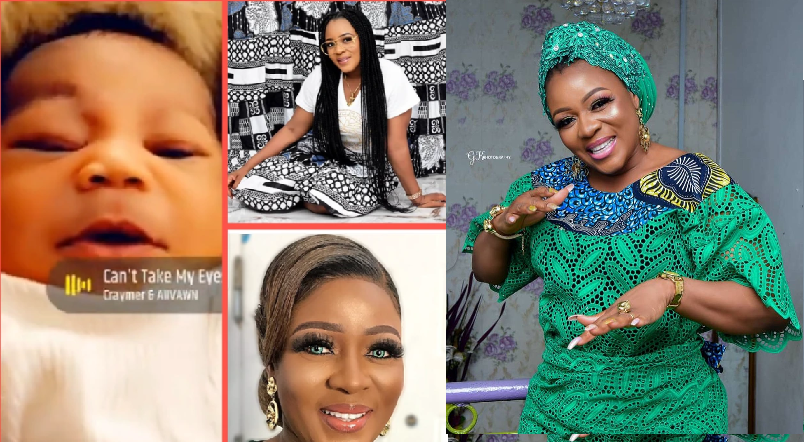 Fans, friends, and colleagues in the movie industry have congratulated the popular and talented Nollywood actress Da- Silva as she shared the video of a new baby on her Instagram page, with captioned on the baby’s photo” Can’t take my eyes off you”. The baby is cute and beautiful.

Her full name is Elizabeth Omowunmi Tekovi Da- Silva, is a Nigerian Nollywood actress, film maker, Brand Ambassador, and movie producer. She is a Nigerian born actress and of Togolese descent featuring predominantly in the Nigerian Yoruba movies. Da- Silva was nominated for City People Movie Award for Best supporting actress of the Year( Yoruba) at City People Entertainment Awards in 2016, and in 2018, she won the award for Best Actress in a supporting role at Best of Nollywood Awards.