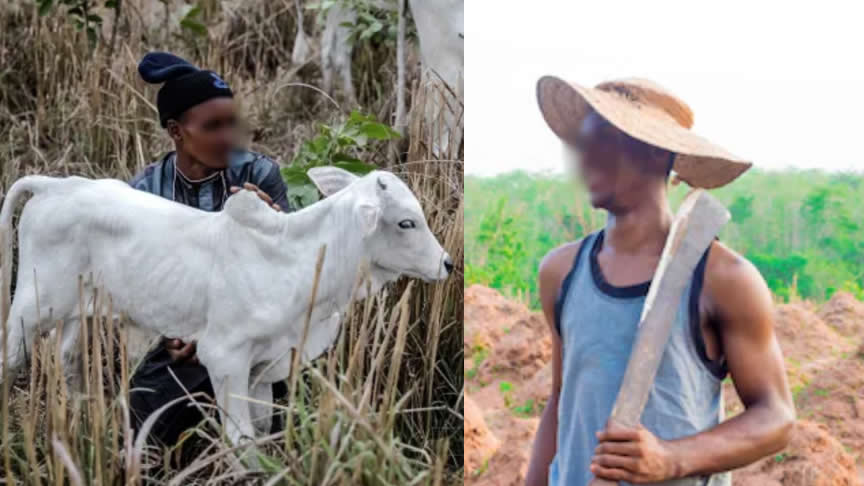 Hours after report of a herder who allegedly killed a farmer in Ogun state emerged, the Niger State Police Command has arrested a 27-year-old man identified as Mohammed Isa  for allegedly shooting and killing his neighbour with dane gun.

The sad incident occured at Dogon Ruwa village of Bosso Local Government Area of the state where a 30-year-old herder identified as Umaru Abubakar was shot dead.

While reacting to the sad incident, the Commissoner of Police in the state, Usman Adamu disclosed that on December 5th at about 18:30 hours the cattle of Umaru Abubakar, a cattle rearer and Fulani by tribe, entered and caused mischief in the farm of the suspect, a Gwari by tribe.

He said Isa shot the cattle rearer at the farm. ”The victim was rushed to Minna General Hospital where he was confirmed dead by medical personnel on duty,” he said.

The commissioner said the police command had already begun investigation into the matter after which the suspect would be charged to court. He warned people against taking the law into their hands.