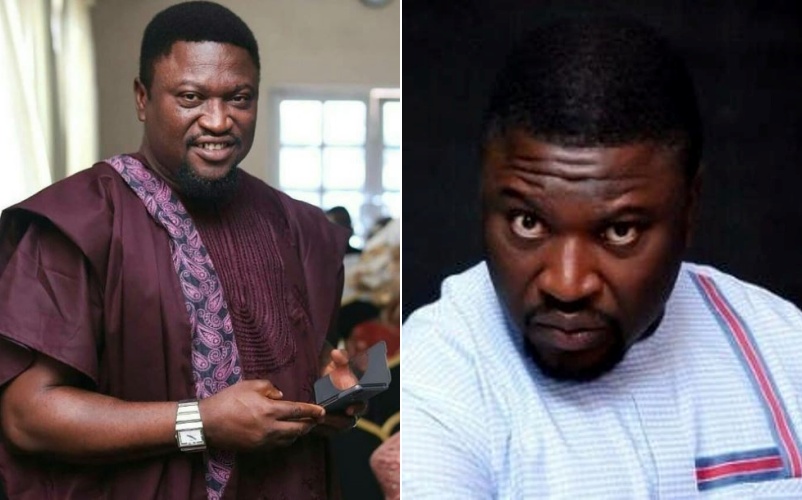 Femi Branch was born on May 14, 1970, to Mr. and Mrs. Osunkoya. His parents made a living from the classroom as teachers in Shagamu, but their hometown is Odosenbora in Ijebu North-East, Ogun State. His parents were keenly invested in his education and thus enrolled him at Satellite Town Primary School at Amuwo Odofin, when the family moved to Lagos State. He was transferred to Airforce Secondary School at Ikeja where he completed his secondary education.

He gained provisional admission into Obafemi Awolowo University to study Religious Studies, although not what he wanted for himself as his father wanted him to study law. Admission happened and he felt he should just take it but he didn’t fold his hands. He kept trying or his father kept pushing and in his second year at OAU, he got admitted into the faculty of Law.

But Law wasn’t his dream course of study and he didn’t grow to love it as he switched to Theater Arts to the chagrin of his father who almost disowned him but would later be proud of him years later after he appeared in an MTN Group television commercial titled “Dance with me”. He first appeared in a Yoruba stage play titled “Eniyan” before featuring in a movie titled “Orisun” produced by members of staff of Obafemi Awolowo University

Femi Branch came into limelight in the entertainment after his viral advert for MTN Group. In fact, his face was all over many billboards in Nigeria. He leveraged quickly from fame and published Anthology of Fifty Poems and Three Plays titled FROM SENBORA. Being in the show business means that he would have to explore his other talents.

Femi Branch became famous for his role in the soap opera “Oscar” which revolves around billionaire Lord Williams, his three kids, ex-wife and house-help turned wife. In the soap opera, Femi played the aggressive role of the bad boy millionaire OSCAR Lord-Williams. The soap opera attracted many viewers and was a commercial success. He continued to appear in many Nollywood films like “The Triangle”, “Senseless”, “Away from home”, “Twisted”, and “The Italian Job”. He has also played various roles in Yoruba movies.

In 2019, he played the role of a campaign manager to Richard Mofe Damijo in Omoni Oboli’s film “Love is War” which is now on Netflix. Femi has also appeared in a number of “Wives and Concubines”, “So wrong so Wright” and “Desperate Housewives Africa”. While he was shooting a movie in 2011, he broke his two legs and was unable to walk or work for almost two years.

“I could not work for two years because I was on crutches and that took me off work,” he told Punch. Femi revealed that he was getting scripts but he couldn’t take them due to mobility it required, bedridden and in pains, Femi was almost going broke until a friend organized a show during Valentine’s day in 2011 and crowded for him. Also, veteran actor and friend Jide Kosoko twisted the storyline of a role in order to fit into his state of health.

Branch was in Africa Magic epic show “Ajoche”, starring alongside Lota Chukwu, his mistress who turned to be a walking poison, Akah Nnani, his adopted son, Efa Iwara his nephew-turned nemesis, and a plethora of other stars. It was one of the most powerful shows to come out of Africa and Branch should be proud of the role he played in it.

Femi has not passed his peak and still has many things to offer the entertainment world. Aside from being an actor and a poet, he is a filmmaker producer, director, model, dramatist.

Femi Branch has found love three times in the eyes of three different women or more but we only ascertained by his marriages. He married three times. His longest union was with Ibitola his second wife. Not much is known about his first wife. Femi and Ibitola were married for 10 years but separated in 2016. The union produced two children, a boy and a girl.

After their separation, Ibitola cited domestic violence and infidelity as a reason for leaving the marriage. Ibitola also revealed that she passed through a lot during the marriage in many interviews. However, Femi never fired back. The dignified silence of an innocent man or the remorseful silence of a guilty ex-husbandman? We would never know.

“Baba Ijesha Had An Affair With Princess” – Yomi Fabiyi Alleges