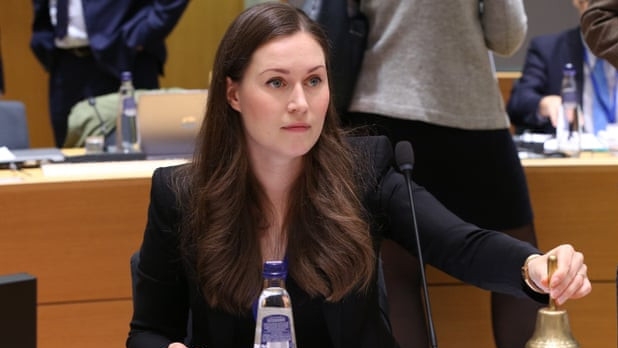 A 34-year-old woman identified as Sanna Marin has emerged as Finland’s youngest Prime Minister ever after winning Sunday’s election to replace Prime Minister Antti Rinne who resigned on Tuesday December 3.

Recall that former Finland prime minister, Antti Rinne resigned on Tuesday, December 3 after losing the confidence of the coalition partner Centre Party over his handling of a postal strike.

According to reports, the former transport minister whose party is the largest in a five-member governing coalition, will be the world’s youngest serving prime minister when she takes office in the coming days. 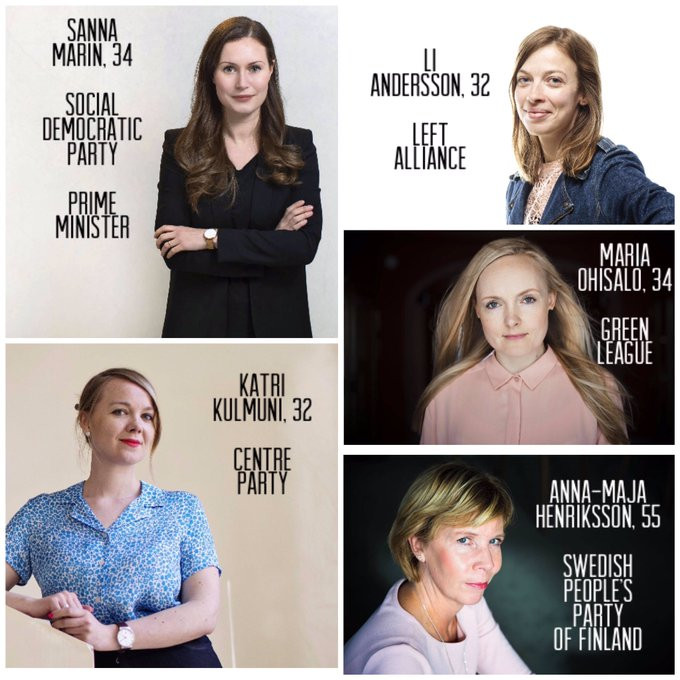 “We have a lot of work ahead to rebuild trust,” Marin told reporters after winning a narrow vote among the party leadership.

“I have never thought about my age or gender, I think of the reasons I got into politics and those things for which we have won the trust of the electorate.”

Four other parties in Finland’s coalition government are also led by women: the Left Alliance is led by Li Anderson, 32; the Green League is led by Maria Ohisalo, 34; the Centre Party is led by Katri Kulmuni, 32; and Anna-Maja Henriksson, 55, is head of the Swedish People’s party.

Marin who will become the world’s youngest sitting prime minister, had a swift rise in Finnish politics since becoming head of the city council of her industrial hometown of Tampere at the age of 27.

She will be taking over in the middle of a 3-day wave of strikes, which will halt production at some of Finland’s largest companies from Monday December 9.

The Confederation of Finnish Industries estimates the strikes will cost the companies a combined 500 million euros (US$550 million) in lost revenue.

Some world leaders in the youngest leaders list include; New Zealand’s prime minister, Jacinda Ardern who is 39,  Prime Minister of Ukraine, Oleksiy Honcharuk who is 35 and North Korea’s leader, Kim Jong-un who is reportedly 35 years old.