Popular Nigerian gospel artiste, Frank Edwards was tackled by one of his followers who questioned his hairstyle in a photo he shared on his Instagram page recently. 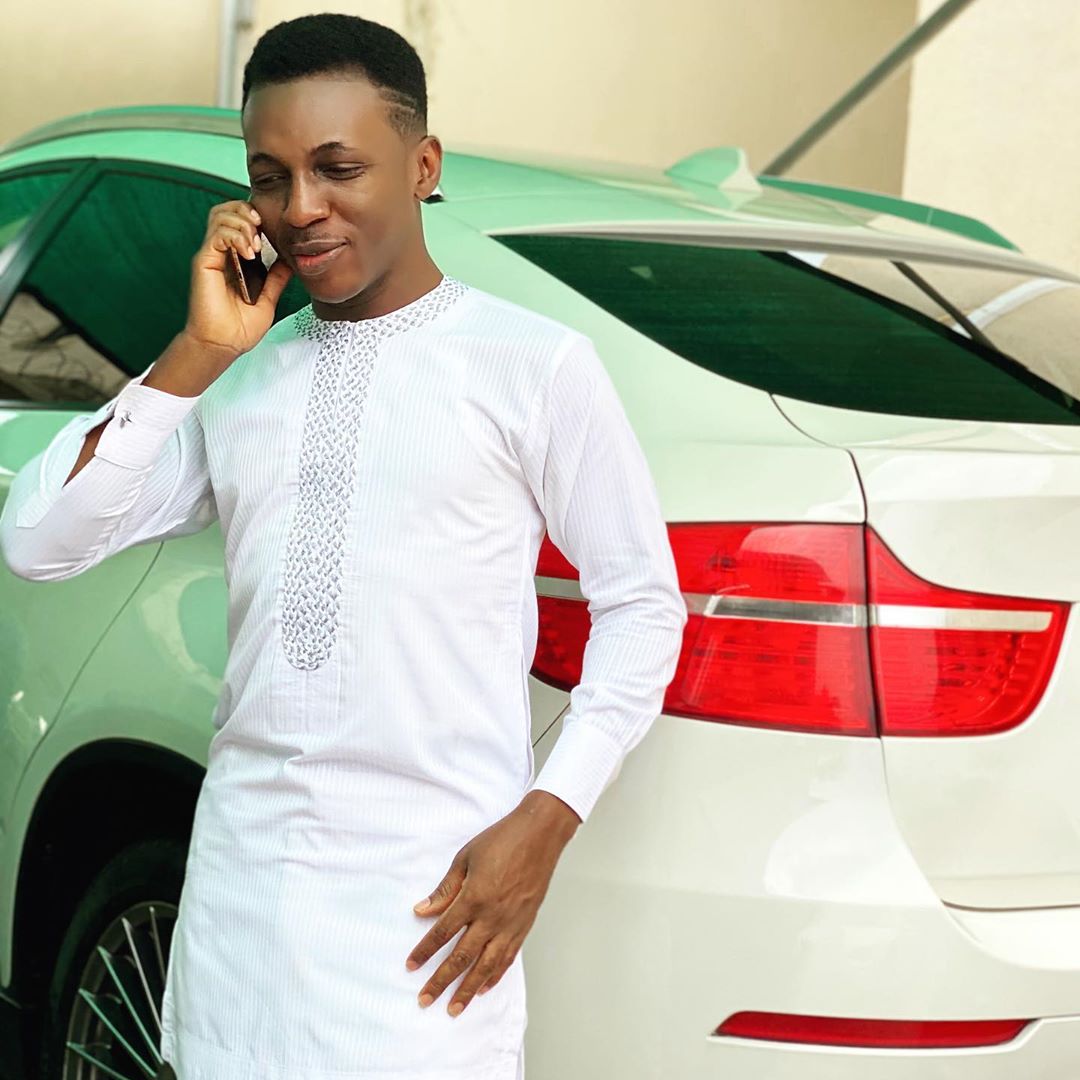 The gospel singer shared a new photo of himself donning a white traditional attire and rocking a low-fade haircut with double pattern by the side and this didn’t seem to sit well with one of his followers.

The user, @call_me_bernard took to the comment section to ask whether it is appropriate for a Christian to have such an haircut. Bernard asked,

Which caused the singer to reply him by questioning his use of the glasses of a fictional wizard. Frank wrote,

Bernard’s comment was also received with various reactions as people questioned him where it was written in the bible to not have such haircut.

See some comments below,

People always looking for something to say,, haircut this, dressing that, chill out. Christianity isn’t boring as some of u are painting it… Sir, u look great jhoor🙌

Call _me_bernard where was it written in the Bible?🙄

What is wrong with the hair cut? It looks good on him.

Should a Christian actually have such a Haircut?