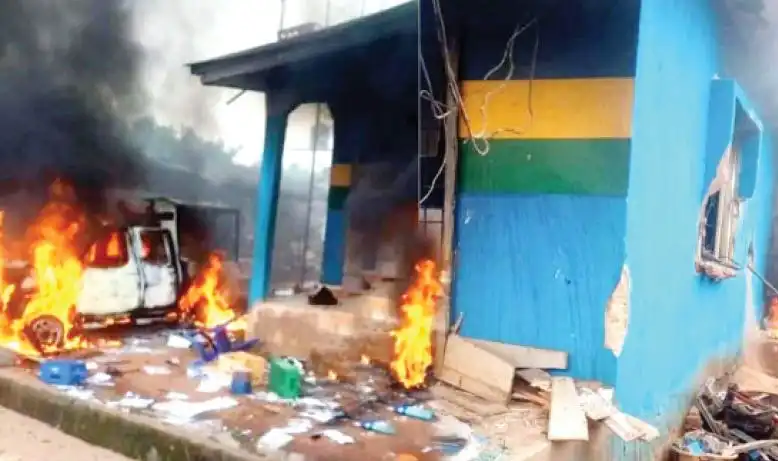 The incident happened on May 5, as two police Inspectors were killed during the attack that occurred.

Also, all the detainees were freed by the gunmen in the cell before burning the police station.

The spokesperson of the state police command, DSP Ikenga Tochukwu, confirmed the incident and investigation is been carried out.