On Sunday, November 21, 2021, actress and single mother of two Iyabo Ojo shut down Lekki Lagos for a huge celebration of her mother’s one-year anniversary. 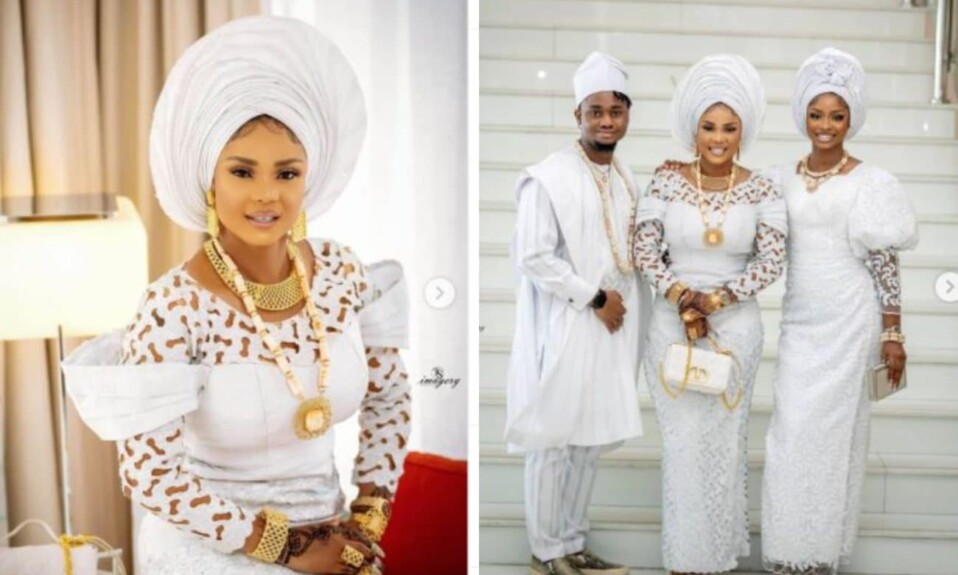 The gathering was attended by the society’s upper crust. From A-list celebrities to well-known society men and women. It was, without a doubt, a town-wide bash.

According to City People, the actress spent millions of Naira on her mother’s memorial celebration. The event was held in the famous monarch Event Center, a one-of-a-kind and magnificent venue. The hall is nicely decorated, with air conditioning and a reliable power supply, as well as adequate security and ample parking. It can hold 1000 people and has a very elegant interior design. This event is one of, if not the most costly, in Lagos.

Over 30 food and beverage vendors were waiting to serve the attendees. Guests might choose from a variety of local and continental meals. Aside from food and drinks, the event featured barbecues, mini chops, and other finger delicacies. Guests had more than enough to eat and drink thanks to Fespris bar’s unusual and pricey wines and champagne.

Iyabo Ojo, a star actress, is one of the industry’s most elegant fashion icons, and she exhibited her love for fashion during her celebration.

Teekay fashion designed her second costume, and she accessorized it with a larritshoe village bag and shoe.

Tushywardrobe created her fourth ensemble, which included a shoe from Larritshoe Village and a purse from Debby Footwear.

Tushywardrobe created her fourth ensemble, which included a shoe from Larritshoe Village and a purse from Debby Footwear.

Toyin Lawani, the queen of fashion, devised her fifth and final outfit, which has sparked a lot of conversation on social media. The gown is dramatic and one-of-a-kind. Her shoes and purse are from Debbyfootwear, and all of her gold jewelry is from Jamond Jewellry, a well-known and well-respected gold jeweller based in the United Kingdom.

Her children, too, slayed in two separate costumes from well-known designers.
The event center was filled, and many described it as a “carnival-like affair,” with plenty of food and drink for everyone.