Home ENTERTAINMENT “I am a virgin and I await Ned Nwoko to come and...

The lady made the honest desire after claiming that she is also a virgin.

Recall the billionaire recently revealed that Regina Daniels was a virgin when he married her. He also added that he married all his wives as virgins.

Reacting to the aforementioned, the lady identified as BabyFire lady asked Ned Nwoko to come and take her as a sixth wife because she is also a virgin.

“Let it be known far and wide that I too am a virgin and I await him to come take me as 6th wife.” 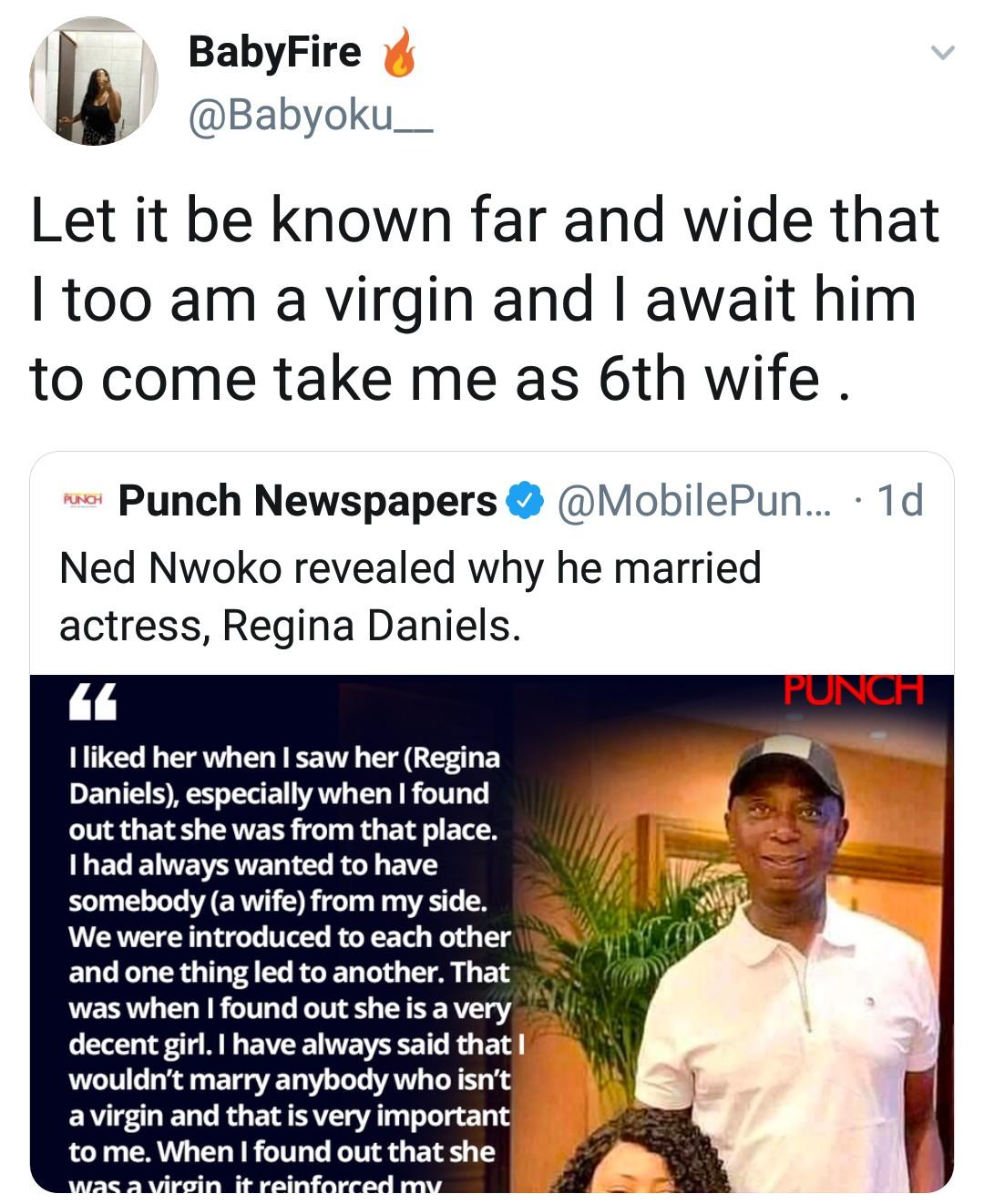