Nigerian singer, Small Doctor has shared his last WhatsApp chat with the veteran singer, Sound Sultan as he takes to social media to mourn him. 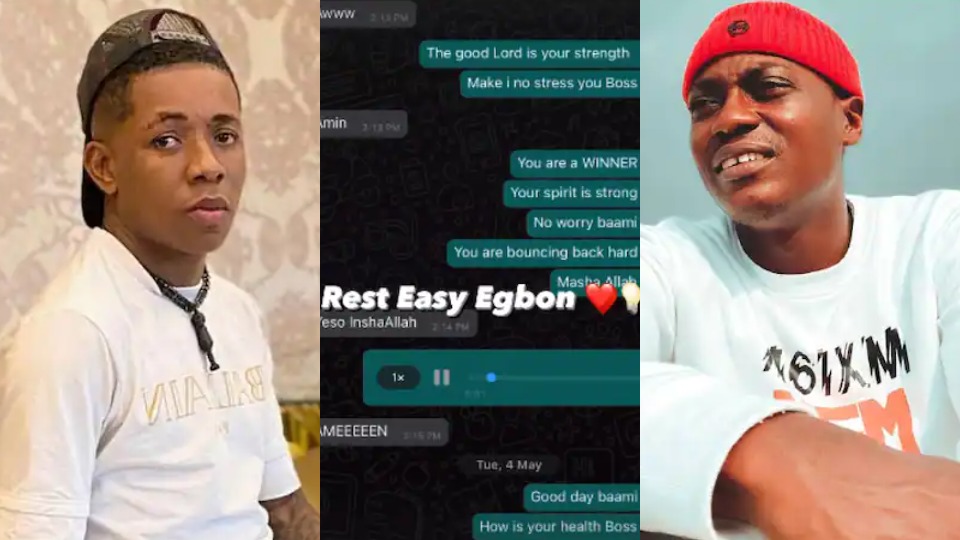 Olarenwaju Fasasi popularly known as Sound Sultan died yesterday, Sunday, July 11th after battling cancer. However, in his last chat with Small Doctor, he was positive about recovering from the ailment.

When Small Doctor reached out to ask about his health he stated that he was recuperating and has been discharged from the hospital to begin the next phase of his treatment from home.

Unfortunately, he lost the battle to cancer yesterday and has been buried in New Jersey according to Muslim rites.

The late veteran singer who died at the age of 44 is survived by his wife, Farida Fasasi and three children.

Sharing a screenshot of his last conversations with the late singer, Small Doctor captioned it, “Rest easy bro”.

See screenshots of the chat below,