Home NEWS ‘I have lost my confidence in him’- Afenifere leader, Pa Ayo Adebanjo...

Leader of socio-cultural Yoruba group, Afenifere, Pa Ayo Adebanjo has explained why he called for the support of Peter Obi’s presidential campaign rather than his fellow Yoruba man, Bola Ahmed Tinubu. According to Adebanjo, he has lost confidence in Tinubu and it is the time of the South east to rule Nigeria.

Tweeting from his official handle on Wednesday afternoon, July 13, he said;

“I will rather support Obi than to support Bola, I have lost my confidence in him, and because we have overtime clamour for equity, fairness and justice, I think it is the time for the south east to rule, Peter Obi has my support.” 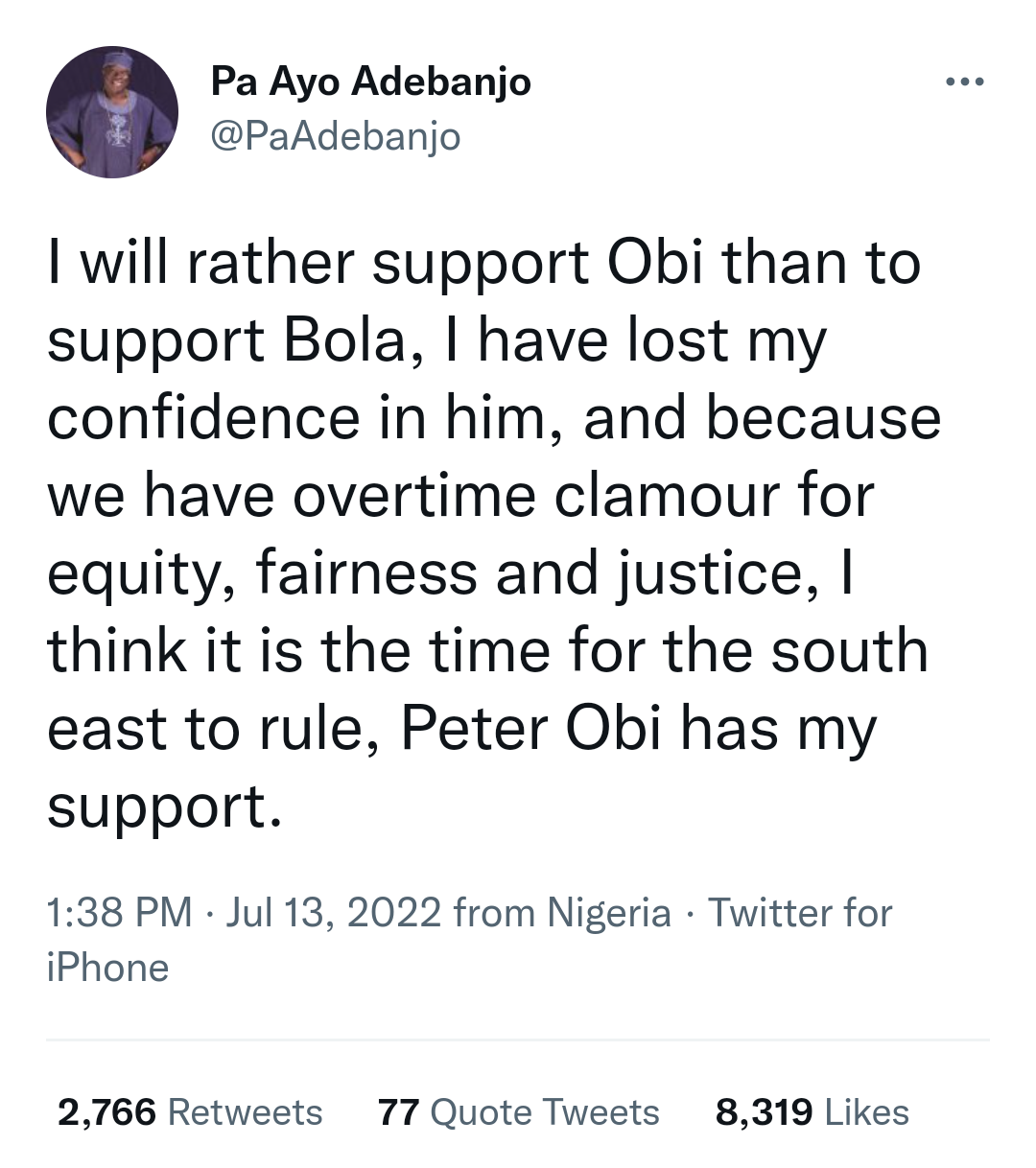