Home ENTERTAINMENT “I will be alright” – DJ Cuppy tells fans after she made...

Billionaire heiress and Nigerian singer, DJ Cuppy took to her Twitter page to reflect on her life and legacy but the post troubled her fans. 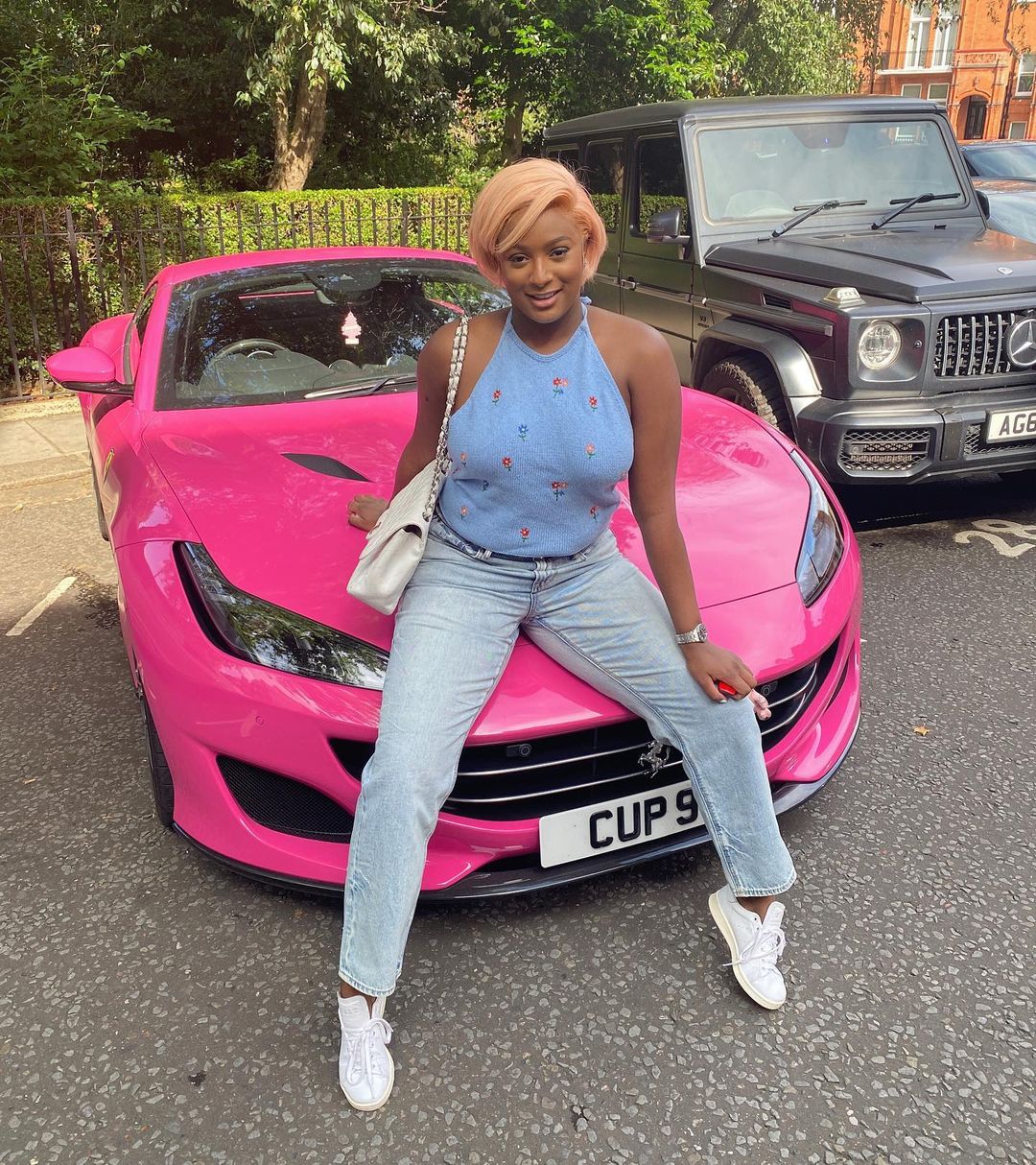 “Would anyone care? Would people be sad? Would critics wish they had been kinder? Was it worth it? Any regrets? What would Cuppy be known for

“What is my CURRENT legacy?”

After her followers expressed concern, asking why she’s talking about death, DJ Cuppy added: “I promise I’ll be alright.” 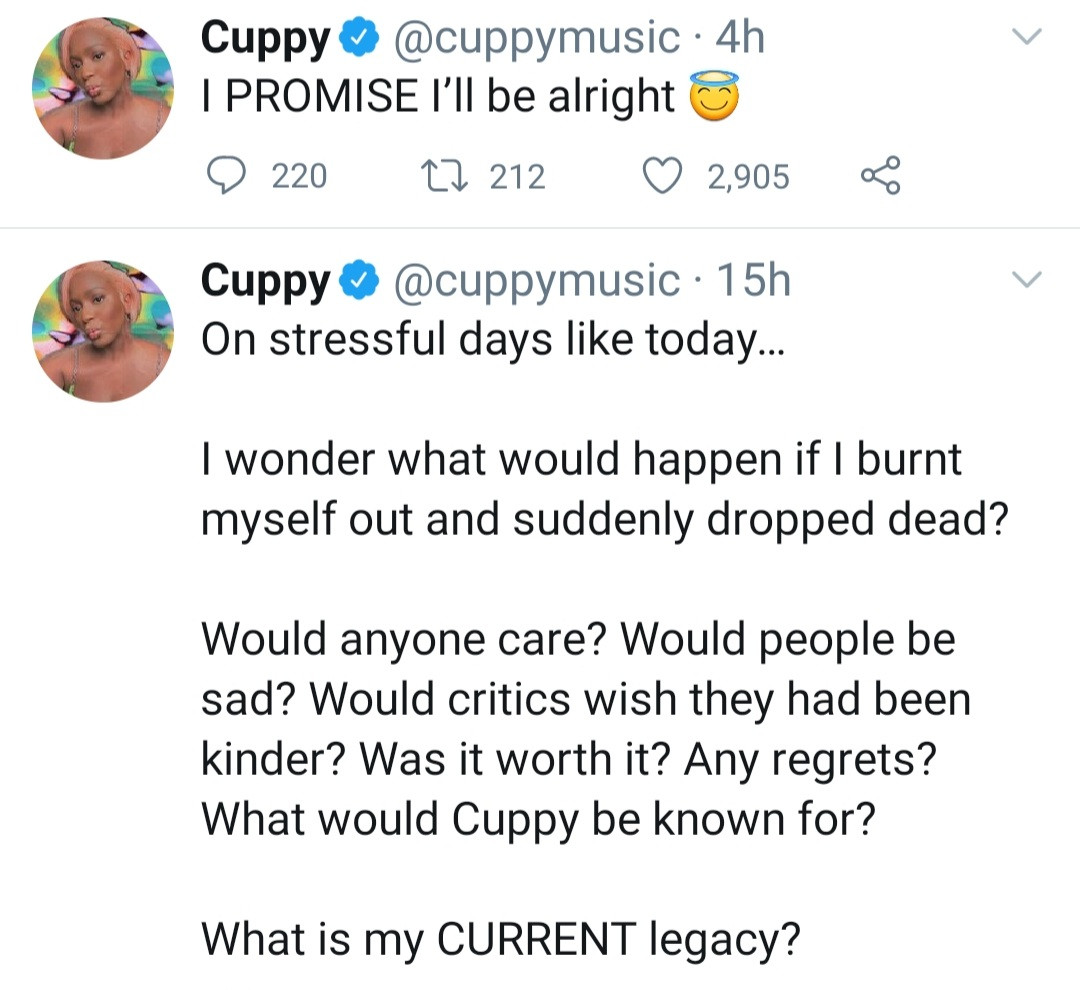 A while ago, Cuppy had a conversation with a fan on Twitter where she said she isn’t pregnant, that she’s just got a “Big Belly.”

The fan saw the photo, assumed she was pregnant, and asked ; Cuppy are you pregnant?

No, I just have a big belly, summer money > Summer body