Home ENTERTAINMENT “I wonder how you guys survive” – BBNaija star, Tega mocks her...

Big Brother Naija star, Tega Dominic, has taken to social media to address people who troll her publicly and in private. 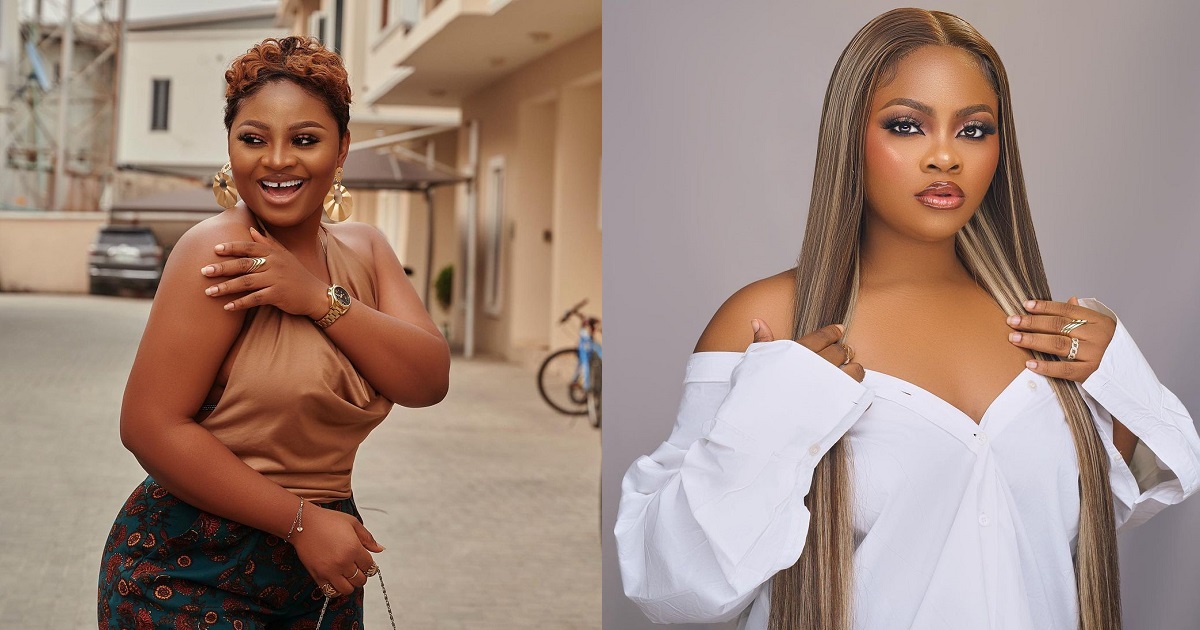 It can be recalled that the reality show star became a victim of cyberbullying after her participation on Big Brother Naija, over her relationship with co-reality star, Boma.

She was trolled for kissing and making out with Boma despite being married and having a child with her husband.

While it was presumed that the trolling has stopped since the show ended few months ago, it appears Tega is still being trolled online.

Taking to her Instastory on Sunday January 30, the mum of one wrote “Dear secret and public trolls, I wonder how you guys survive. Una dey try o” . 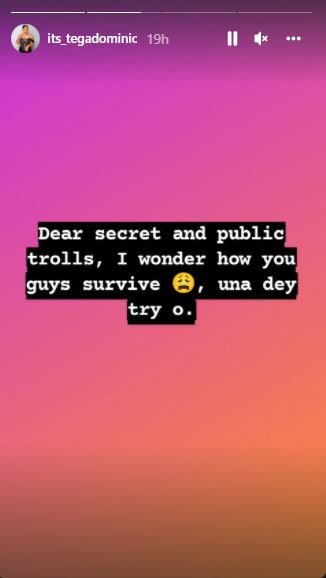 A while ago, Tega expressed concern over the alarming rise in ritual killings in the country.

The reality star, in a post she shared on her Insta-stories, advised people to make their money legitimately and be sure to check the source of their partners’ wealth.

“A broke or low key boyfriend that might decide to do ritual or a rich boyfriend that wants to renew. Omo just make your money legit or check the source. The rate of blood splash is getting high.”