Home VIRAL NEWS “If you don’t take care of me, other men are waiting in...

A Nigerian guy took to his social media page to share the chat he had with his girlfriend who took money from his account without informing him and was acting entitled when he confronted her about it.

As can be deducted from their conversation, the lady wasn’t apologetic over her actions but she rather complained about not taking more money from his account.

The quite furious guy then warned her not to ever take money from his account without his permission, but she shoved him off and told him she has other men waiting in line, and if he doesn’t take care of her, she will then move over to them.

He however insisted that she has no right to touch his money and doesn’t mind ending their relationship, because of the “sick entitlement mentality” she has.

Read their conversation below, 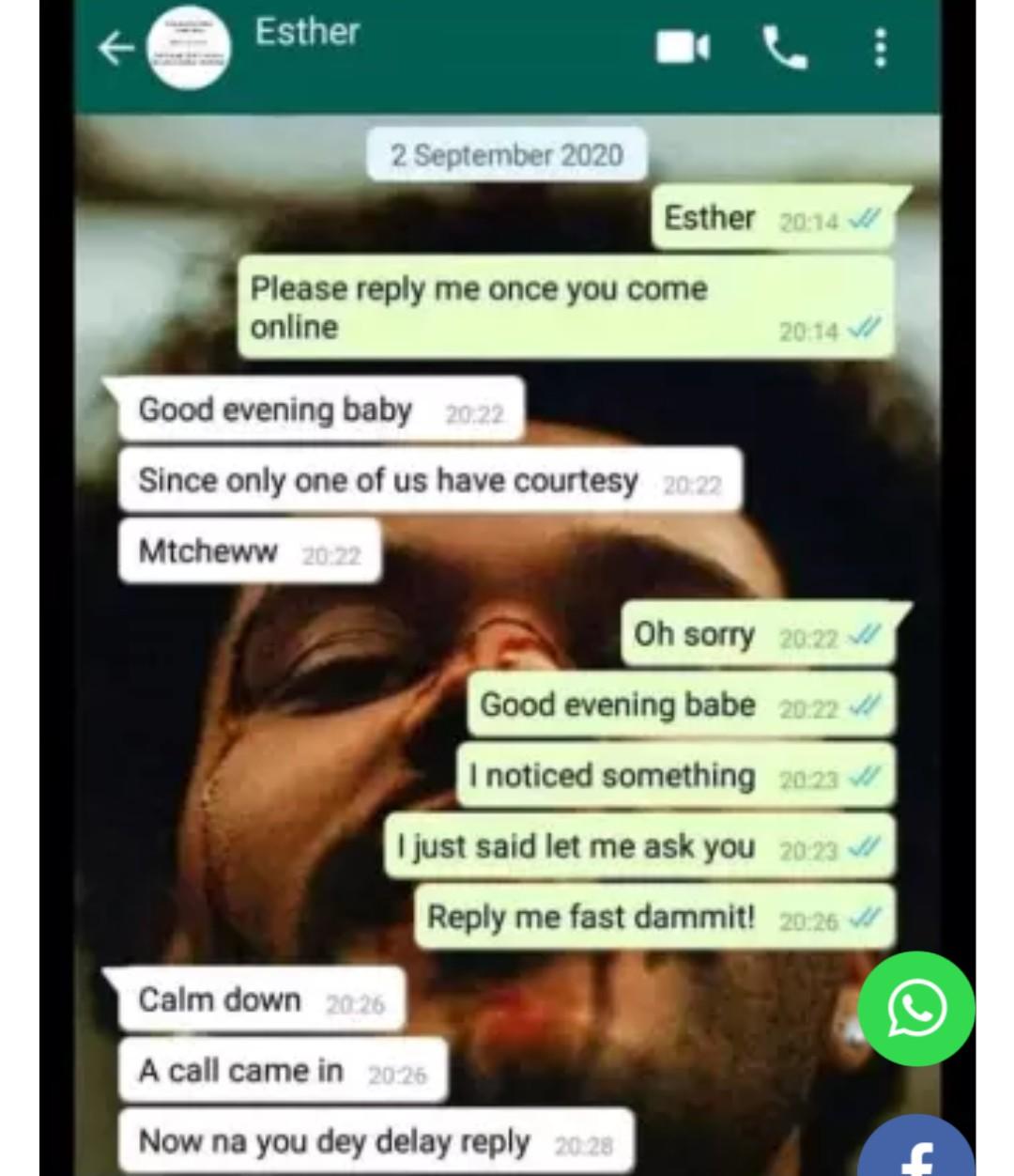 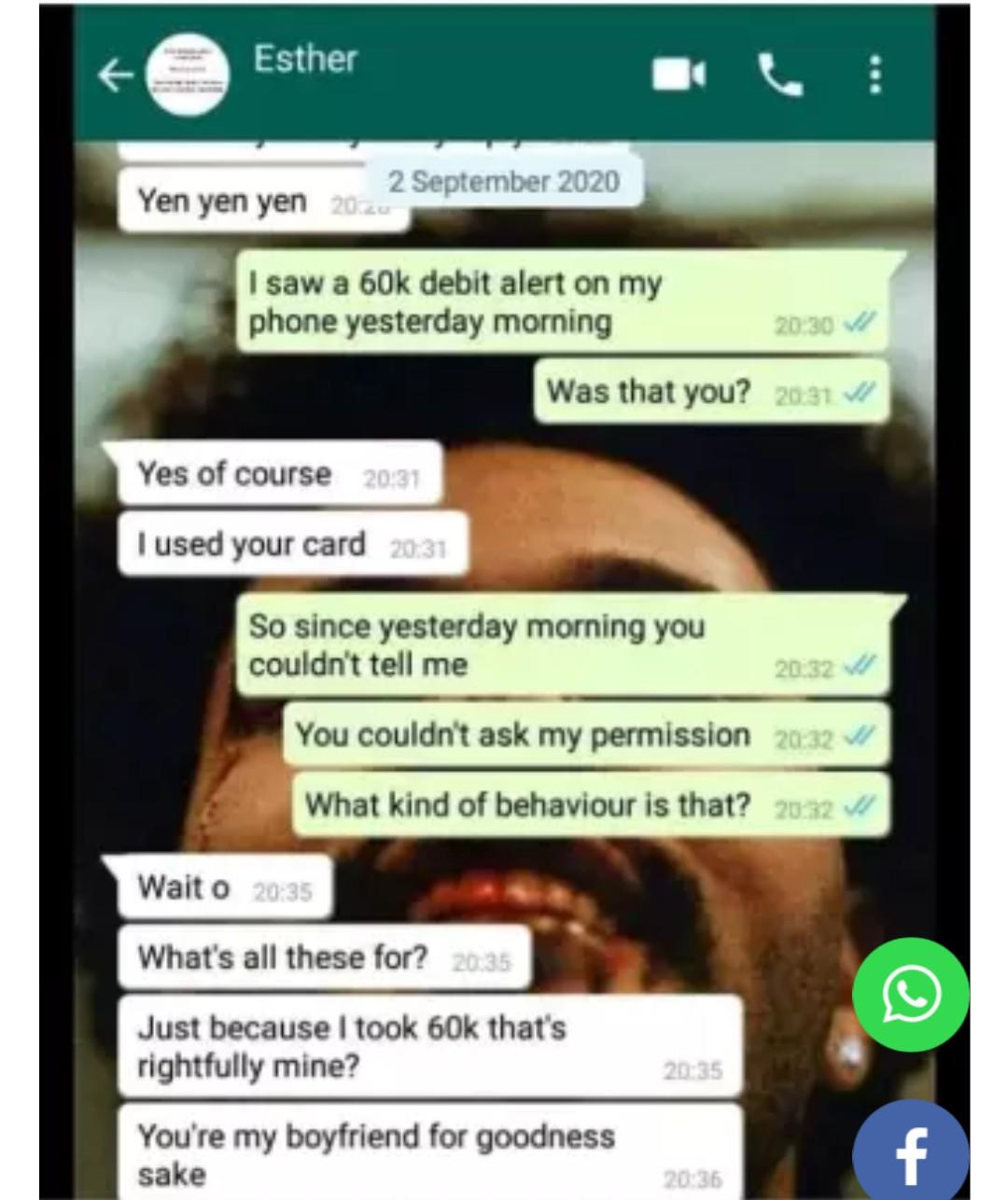 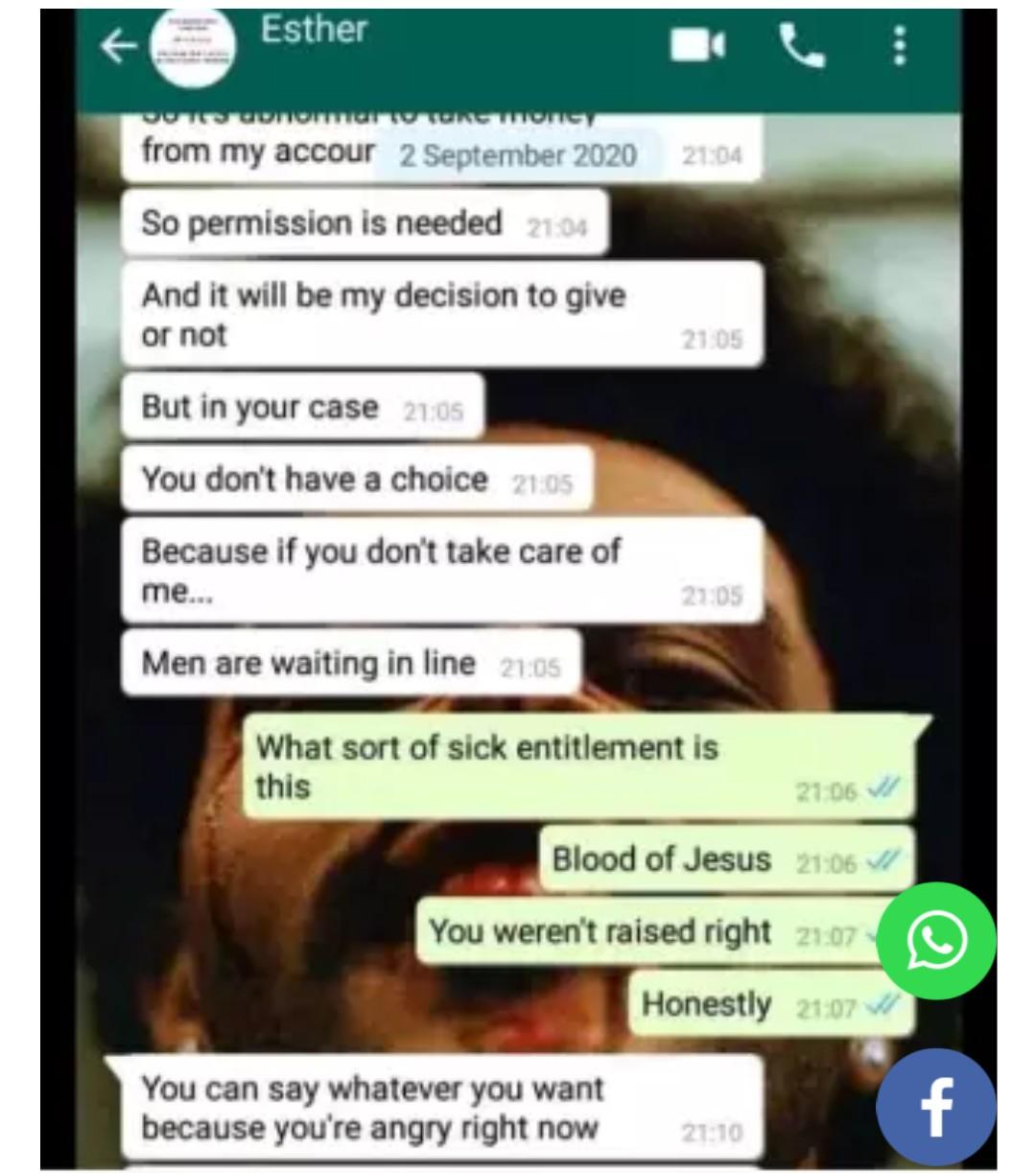 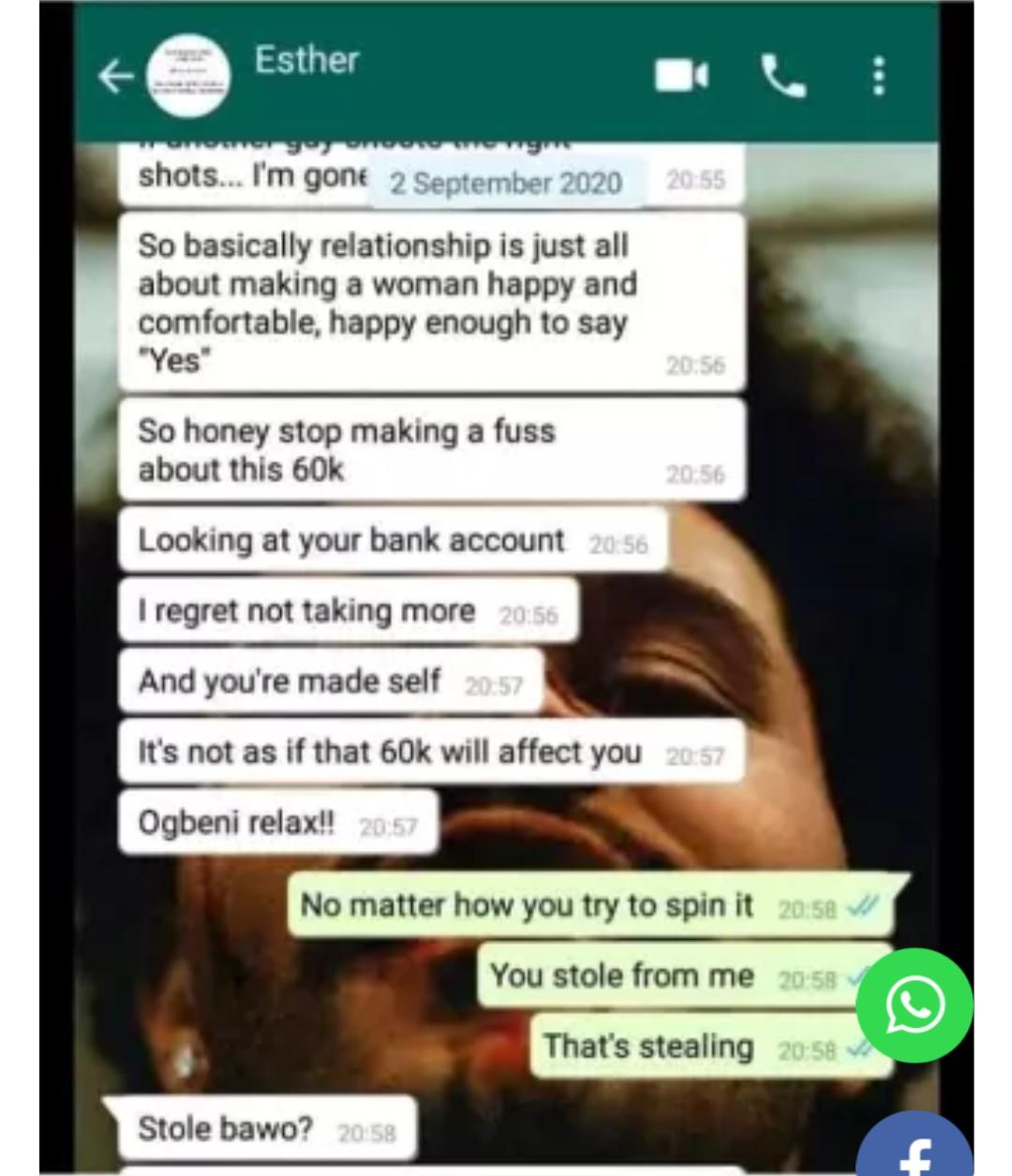 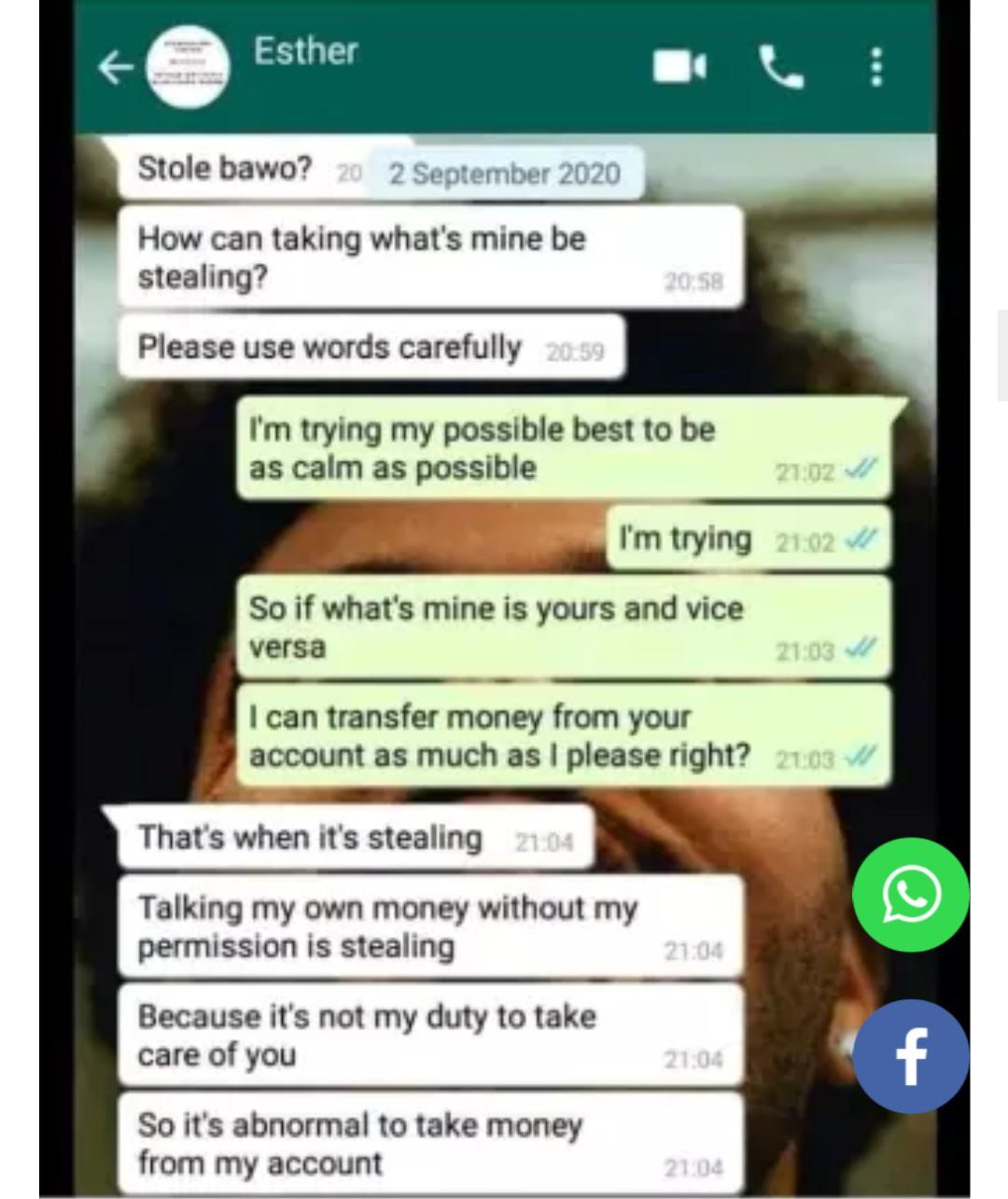 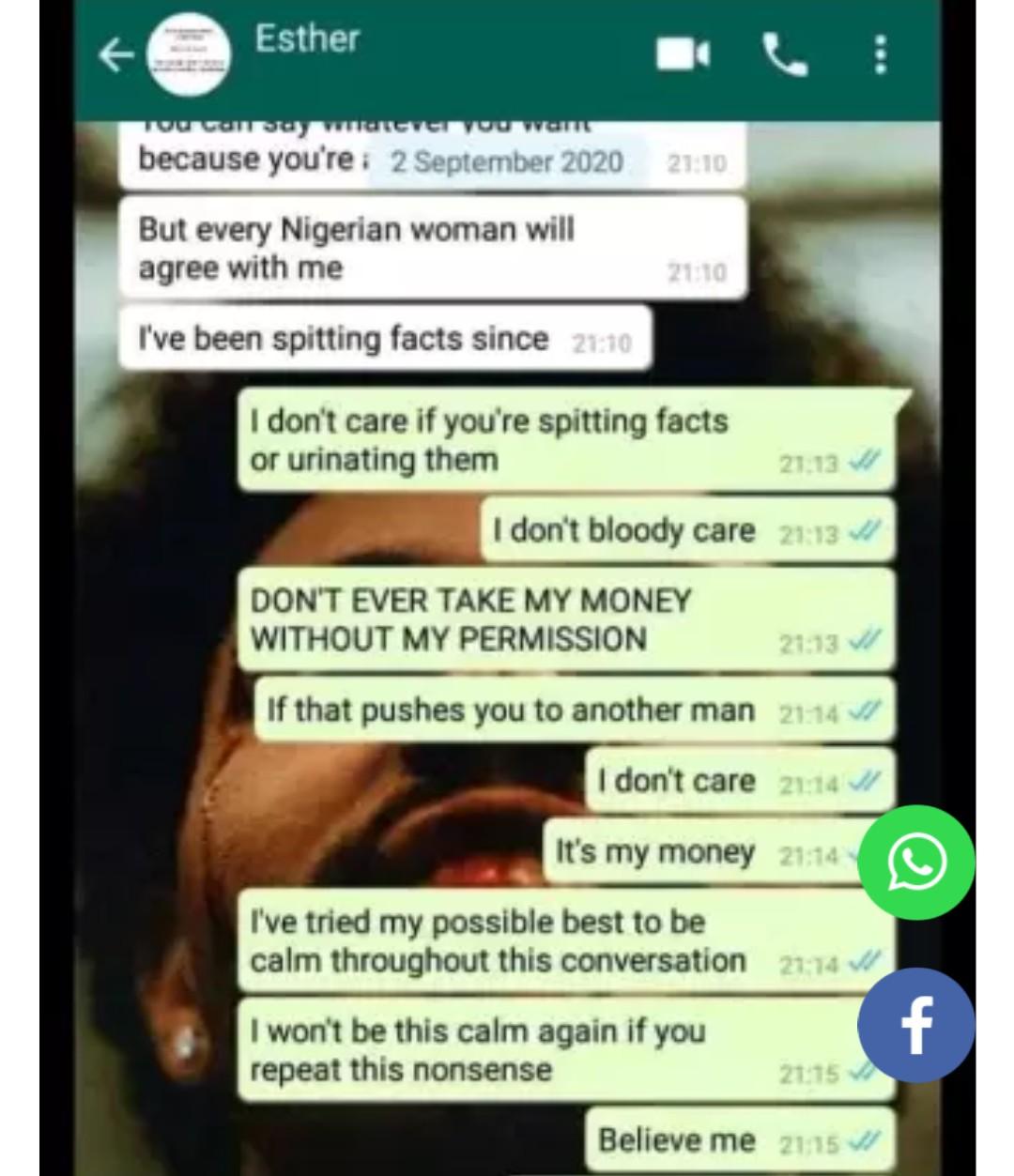