Home CELEBRITY “If you know you know” – Nigerians react to striking resemblance between...

Nollywood actress, Mercy Aigbe has continued to face controversial reactions from Nigerian netizens after she chose to flaunt her new boo, who is alleged to be a married man.

Today is the actress’s new boo, Kazim Adeoti’s birthday and on her Instagram page, she’s been celebrating the gentleman with words like “a great partner and source of my happiness”.

However, as she continued to celebrate him, some netizens couldn’t get over the fact that her new boo, Kazim, shares a striking resemblance with her son, Juwon whom she had with her ex-husband, Lanre Gentry. 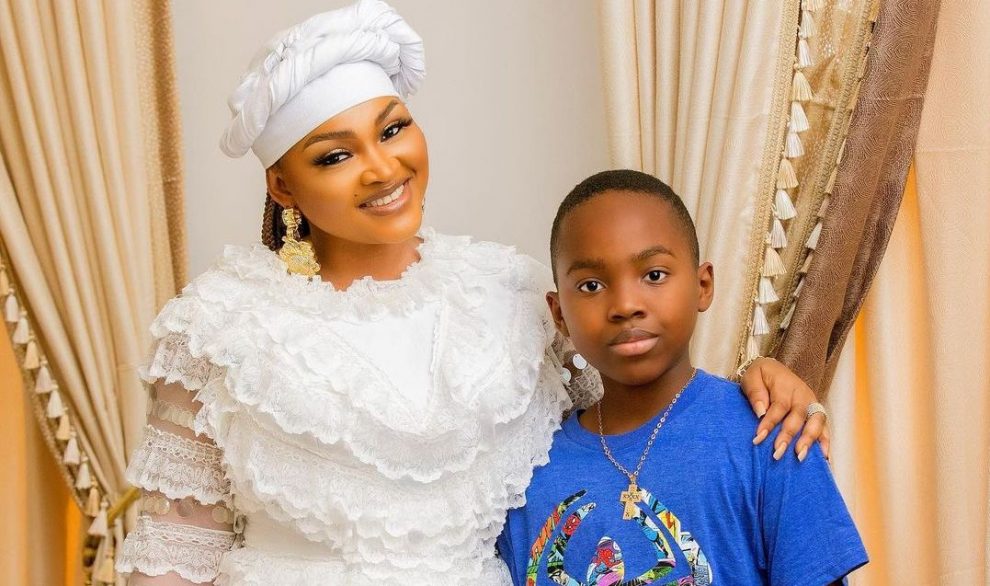 This has caused a couple of users to ask for a DNA test from Mr. Gentry as they won’t rule out the possibility that Juwon is the son of Kazim, given the relationship he has with the actress.

Read some reactions as you scroll,

kaylaaccessories wrote: Dis is Juwon father jare if u know u know

rita_of_grace wrote: @kaylaaccessories I think so too. The resemblance is strong

omobee75421 wrote: As in , split image of this man. Mr Gentry need to demand for DNA asap.