Home NEWS “It is against our culture for a man to kneel for a...

A man from Bayelsa State, Comrade Ineintiemo Michael Suotongha proposed to his girlfriend, Inatimi Joy in Yenagoa but what really got people talking was the fact that she knelt down to accept the proposal.

The young lady was praised by some friends and family for her ‘humility, loyalty and respect’ for her husband-to-be.

According to Sunny Oduru and Gborienemi Mark Charles, the lady told her man that it’s an abomination for him to kneel down before her to propose. 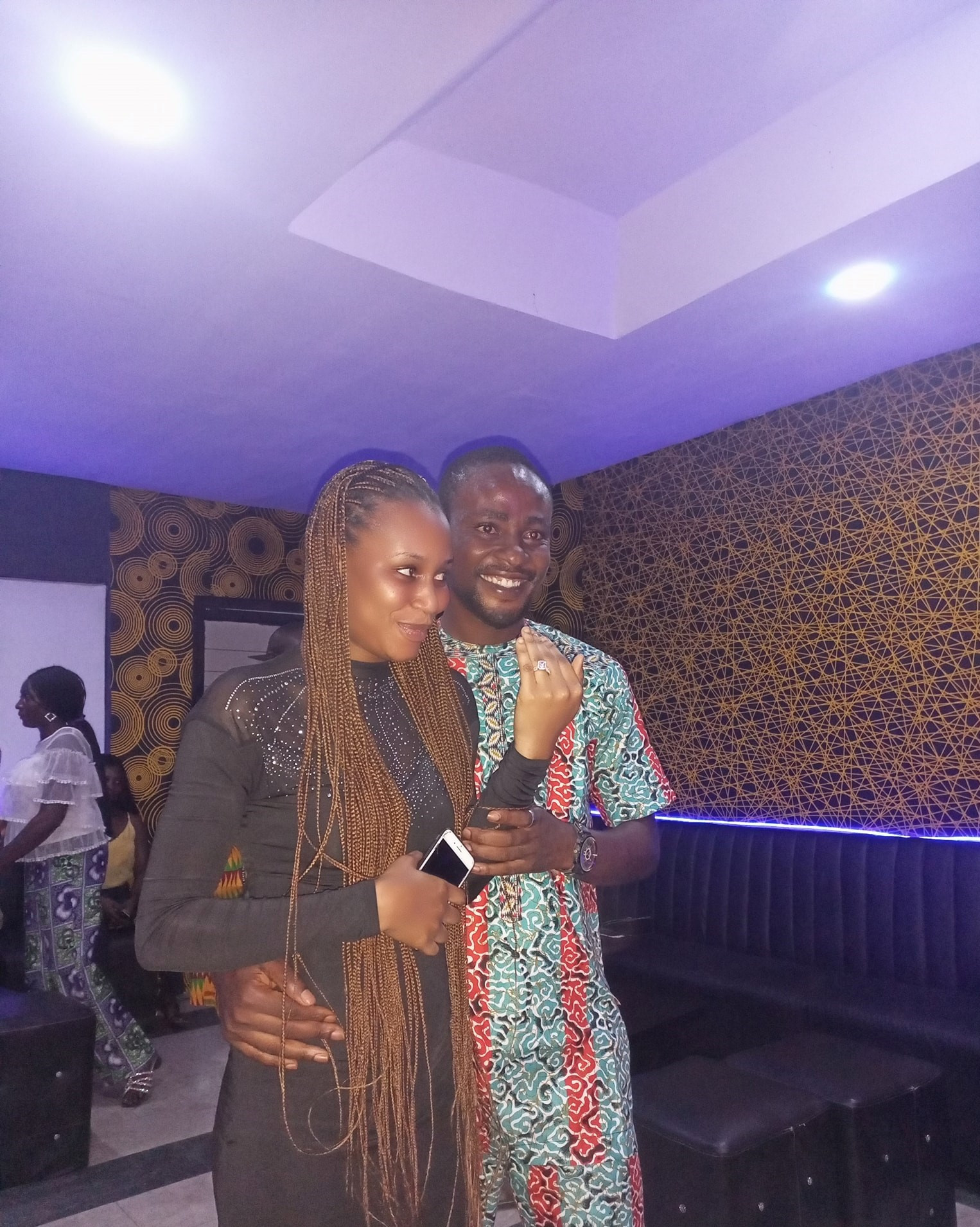 “She said to her husband to be, ‘Plz don’t kneel for me.. It is against our culture for a man to kneel for a lady. Western education and civilization will not change the fact that you are the man of the house’” Gborienemi wrote.

Another friend wrote ;
“Suotongha Michael Ineintiemo His beautiful new tear rubber package said “YES” She even knelt down for him,a sign of loyalty and respect, this kind of marriage God himself will be present to do the joining!!!!!! But let me still ask,were only ona dey see this kind women from? Make ona give us the secret na…if not we no go marry o” . 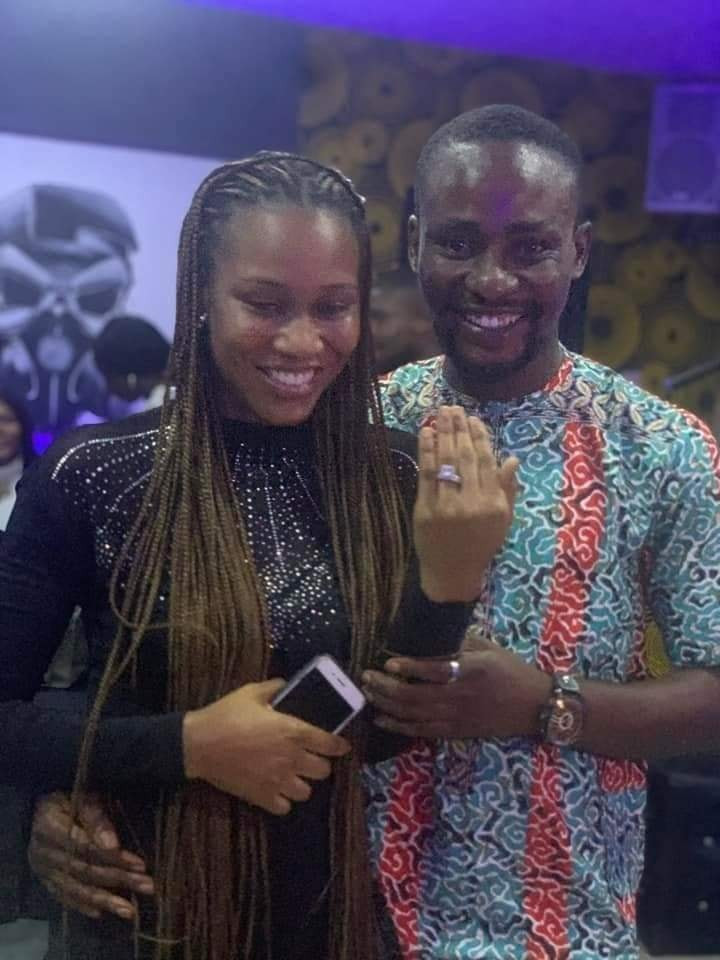 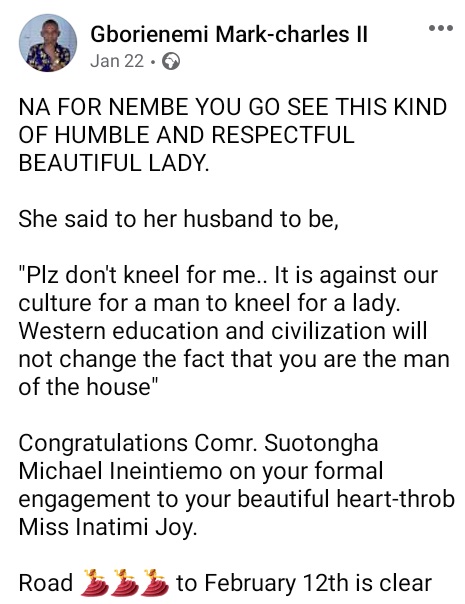