Home NEWS “It is better to marry an Ehinome than a woman who twerks... 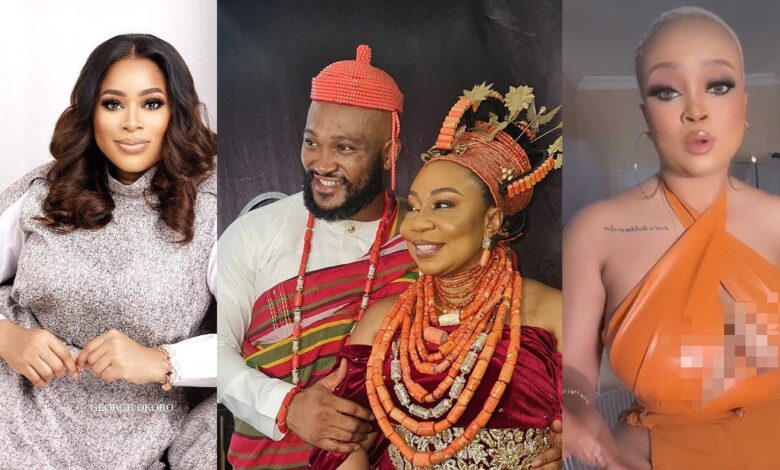 Blossom tied the knot traditionally with his wife, Ehinome, on Friday, May 19, and the development stirred mixed reactions on social media.

While some netizens mocked Maureen because her ex-husband has moved on with another woman, others criticized Blossom for getting married to a woman they claim looks older and not as beautiful as his ex-wife.

“It’s such a shame that people are body shaming Blossom Chukwujekwu’s wife on Instagram. I attended the same secondary school with Ehinome and she’s a wonderful woman, she’s always been a woman of God. It is better to marry an Ehinome than a woman who twerks on Instagram.

If Ehinome is too old she is not more than 33years and is 33years old? Must she have society’s definition of beauty? I’m shocked at all the comments I have read. Ehinome is a wonderful woman, well reserved, educated, polished and a God fearing woman (a Pastor).

To be honest I do not care whether a woman twerks on Social Media. It’s her choice. It doesn’t make her a bad person. My choice of words here is used because of the body shaming on Blossom’s wife. For every gbams expect a gbos.” 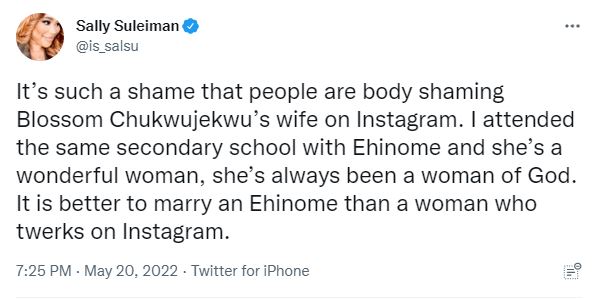 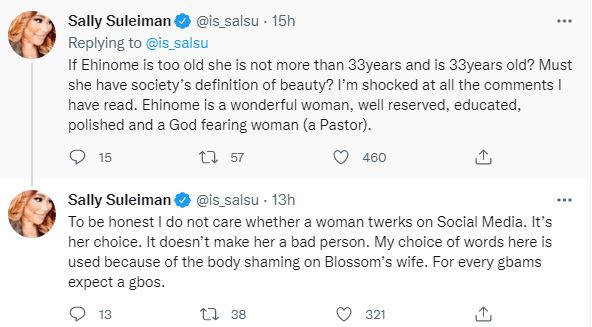