Yoruba actress, Olayinka Solomon- Ogo Mushin, has said that it is sad that people are of the opinion that actresses living well have sugar daddies sponsoring their lifestyle. 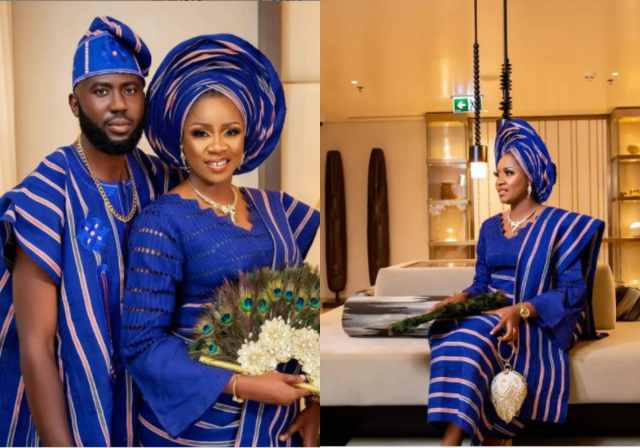 Speaking with the Punch, Solomon also said that she does not bother to defend herself on controversial issues on social media because it would only validate or elongate the issue on the ground.

She said, “I am a very happy person, that’s why I dance a lot on Instagram. People have accused celebrities of living pretentious lives just to have fans, but I don’t pretend, neither do I live a fake life.

The truth is that my life is better than what I post on social media. I deliberately keep some things off social media to avoid showing off.

I am 100 per cent real on social media. I am a practising Muslim and I show off every of my lifestyle online. In life, one cannot please everybody; even when you’re good, some people would still see you as a bad person.

There is a saying that ‘you can’t judge your critics.’ I cannot always defend myself when some people peddle rumours about me online. I see and read a lot of things online, but I tell my people just to ignore the naysayers.

I actually don’t care about everyone’s perception of me because after a while another celebrity also becomes a topic of public discourse. If I reply to every report about me, the story will linger online and it may become messier. As an actor or public figure, one should expect both good and bad comments from fans; it’s one of the prices that we all pay for being in the acting profession.

“It is also funny that some people think that an actress’ lifestyle is been sponsored by a sugar daddy? People like to imagine different things or make conclusions about us. A while ago, I stopped posting some things online because I didn’t want people to see me as being boastful.

Let’s assume that I have a sugar daddy, I would not flaunt my life online because I wouldn’t want people to see or know the source. I live off the proceeds of my hard work. I like to ignore malicious gists about me and thankfully my man is also very considerate. He tells me to always mind my business and not lose focus. In other words, rumours don’t cause a rift between me and my partner.”