Kanye West has shared shocking footage of himself urinating on a Grammy Award as he ‘goes into battle’ against labels Universal and Sony to try and retrieve the rights to his own music.

The rapper, 43, posted the vision to his Twitter feed on Wednesday afternoon, which showed one of his 21 Grammys placed inside of a toilet bowl. 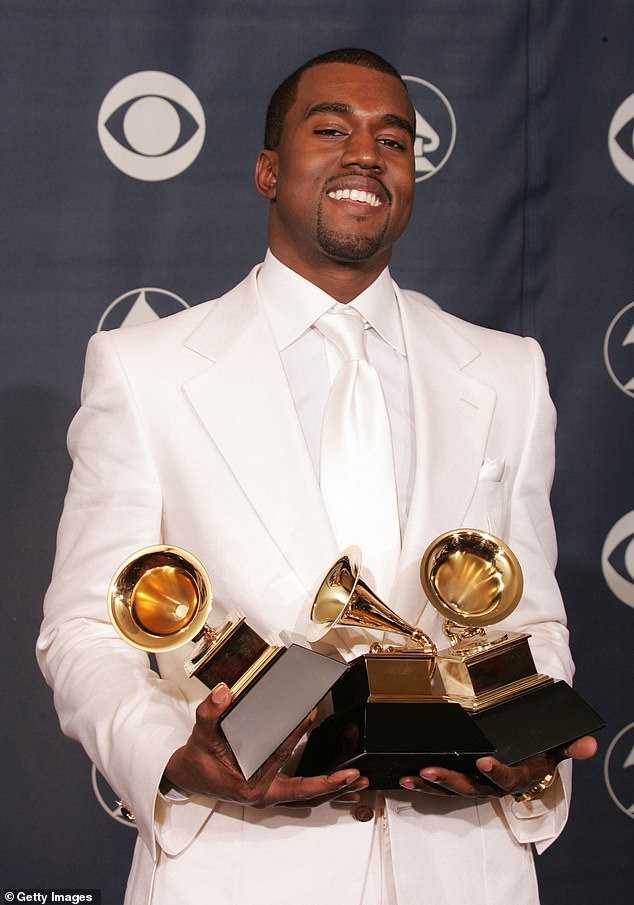 ‘Trust me… I WON’T STOP,’ West captioned the clip, which referred to his current bid to gain ownership of his masters – otherwise known as the copyright to his original songs.

On Monday, West started attacking the structure of the music industry, declaring that musicians actually had little to no power because record labels owned all of their work.

He took aim at his labels Universal and Sony and vowed not to release any new music until he was freed from his contracts with them.

West also shared the screenshots of a private contract he signed with Universal back in 2011, just minutes after he tweeted: ‘I feel so humbled and blessed that God has put me in a strong enough position to do this … Everyone keep praying.. It’s working… I am on my knees this morning.’

He then appeared to address black artists directly, and claimed that there needed to be an overhaul in the business.

‘We’ve gotten comfortable with not having what we deserve … they [record labels] allow us to have a little money from touring, get some gold chains, some alcohol, some girls and fake numbers that feed our egos … but we don’t own our masters,’ he wrote.

He further accused the media of ‘trying to kill’ black , including Michael Jackson.

West also referenced his wife, Kim Kardashian, by joking that she was working as his lawyer throughout the process. 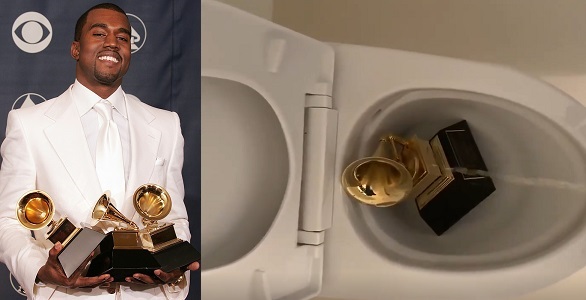 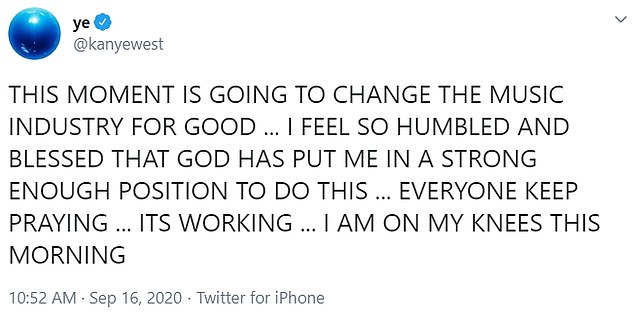 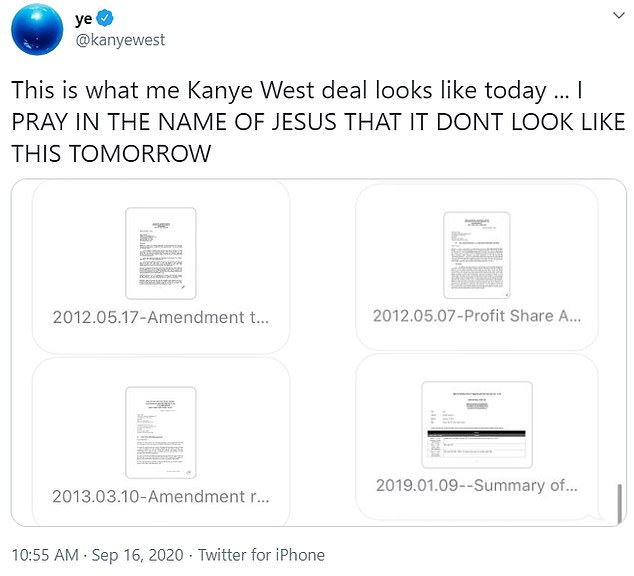