Following the EFCC’s warning that any landlord who accommodates yahoo youngsters risked serving 15 years in prison, an old man who rents rooms to a group of young boys has been seen interrogating them. 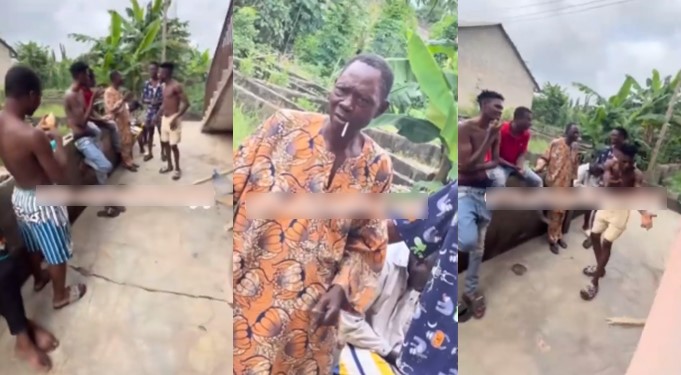 The elderly man stated his worries about the anti-graft agency’s warning and considered issuing the young boys quit notice in a video that was broadcast online.

The landlord who didn’t want to take any chances has decided to get to know his tenants and what they do for a living.

The young tenants, who were about seven in number, could be seen in the viral video assuring their elderly land lord that they’re not yahoo boys.