Photo of an old receipt inscribing the equivalent of 1000 dollars in naira disclosed by the Nollywood actor Kunle Afod has thrown fans in a state of despair for the country. 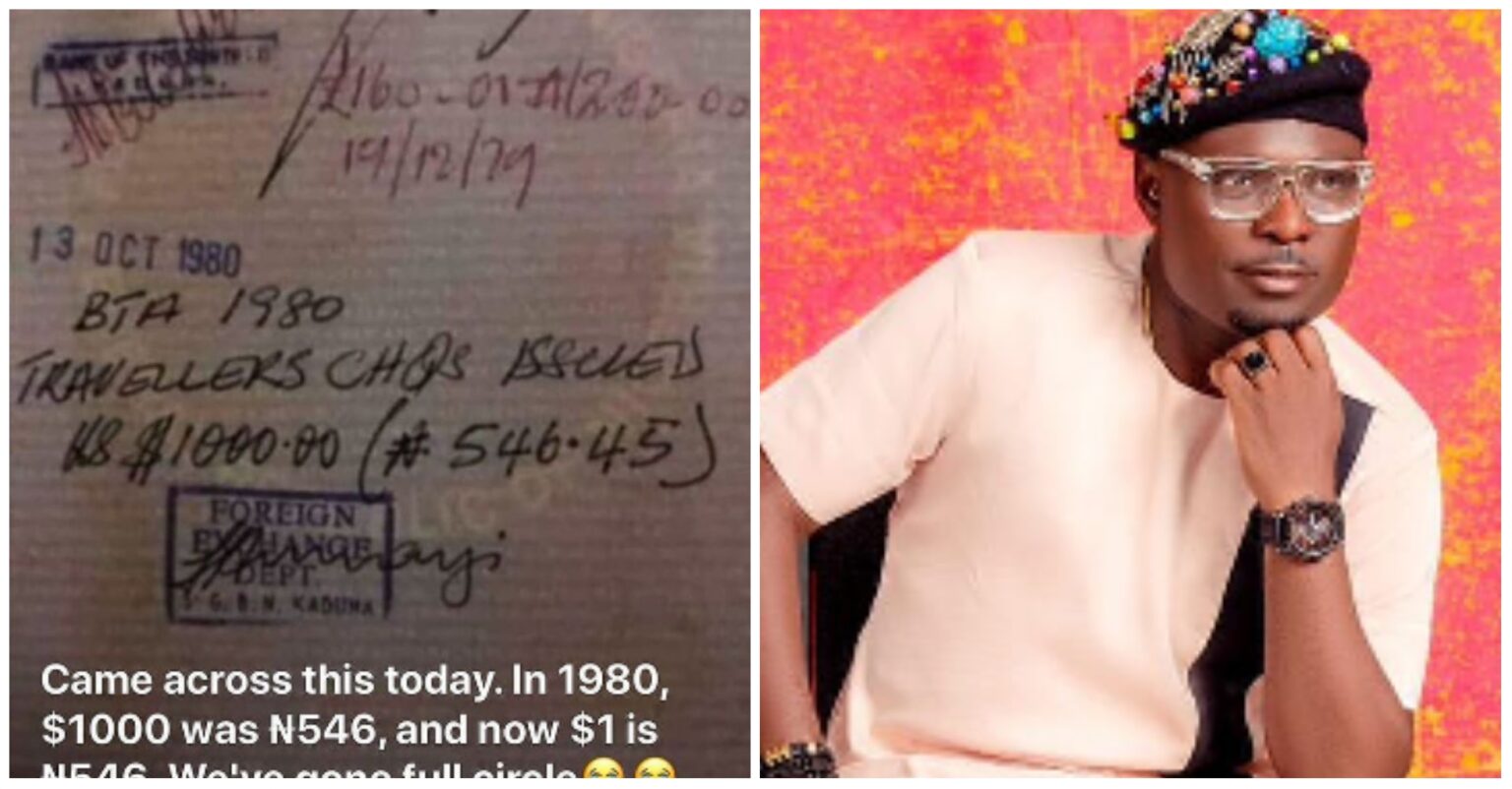 Hmmm, this is serious

Disappointed at the less value placed on the naira note tracing its way back to 1980, Nigerians have frowned at the decrease level, stating that the country needs to be started on a clean slate.

However, many have attributed it to the leaders of the country as they have continued to destroy the economic system that was supposed to be maintained judiciously. At the same time, they wondered about the country’s future turn out with the already messy present state.

@adetunji_akanbi_alatata wrote: We have to reset this nation and start afresh

You are the reason I became an actress, Mercy Aigbe tells Sola Sobowale

Iyanya reveals he is searching for a wife not girlfriend

“A Queen is born today” – Nollywood Actor,Bolanle Ninalowo celebrate his wife,Olubunmi as she clock 40 today (photos)