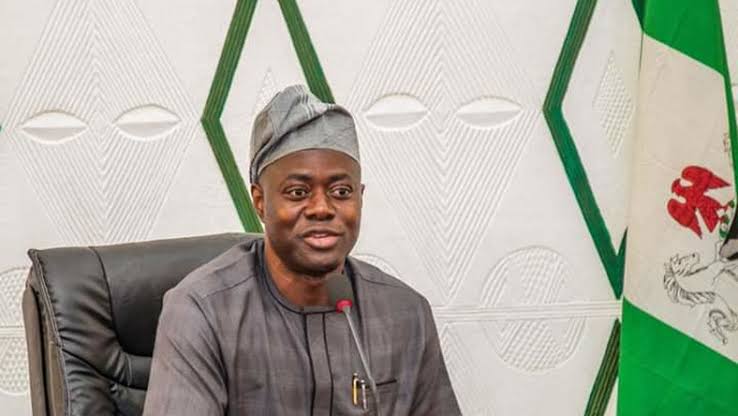 The News Agency of Nigeria (NAN) recalls that the Makinde had upon assumption of office said that the state under his watch would establish its own anti-corruption agency to ensure probity, accountability and good governance.

The Oyo State House of Assembly had passed the bill last week and forwarded same to the governor for his assent.

Speaking at the ocasssion, Makinde said that the anti- corruption bill was signed into law to guard the resources of the state.

“We know for a fact that if we tackle corruption, we will have enough resources to take care of our people and that is exactly what this law is meant to achieve for us.

“Corruption kills the society when money meant for projects, salaries and certain developmental initiatives are diverted,” he said.

The governor reiterated his readiness to waive his immunity and face any corrupt charge if he committed any infraction of the law.

He enjoined every citizen of the state to alert the government of any unscrupulous activities, adding, “if you see something, say something.”

He, however, warned against writing frivolous petitions, adding that anyone found guilty of such would equally be prosecuted.

“I want to implore everybody, the citizens of Oyo State, to say something when they see something and I can give you the assurance that we will act,” Makinde said.

He warned civil servants not to petition themselves wrongly as anybody found doing so would face the law.

“This law is to ensure that due processes are followed in our financial dealings and to ensure our resources are deployed for specific reasons they were appropriated for in the first instance.

“So, it is a new opportunity for us to show the world that we can run a transparent and accountable government. I do hope that nobody here will fall into the trap of corruption.