Home VIRAL NEWS Man rewards an old classmate who was rich and used to feed...

A Nigerian man has revealed how he gave a job to an old classmate who was once rich and used to buy him food everyday in high school. 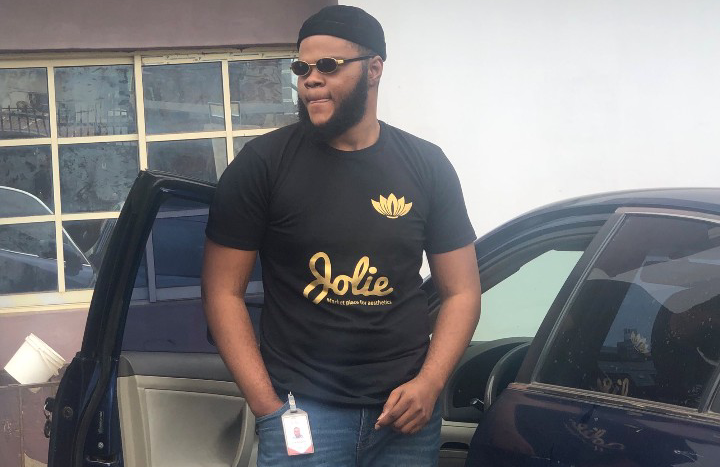 According to Tobi Marshal with the username @tobi_marshal_ on Twitter, he had a classmate who noticed how things were rough with him and would always buy him food in school or choose to give him ₦500 out of the ₦1,000 he was given by his parents everyday.

He revealed that he ran into the mother of the said classmate and was surprised she was driving a “Danfo” instead of her usual luxury cars as her husband was a wealthy politician.

He then collected the woman’s phone number, gave her his and asked her to tell her son to call him. 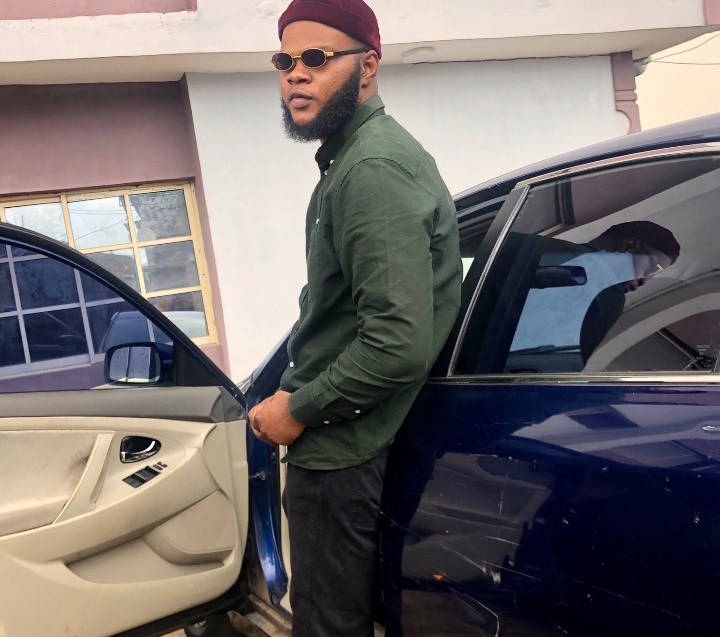 Tobi asked him to move into his house with him and gave him a job.

Read the story below ;

”True life story: when I was in high school I used to have this friend his parents were so rich I mean so I thought his father was permanent secretary minister of agriculture something like that sha.

I lost my dad when I was in high school things got so difficult for my mum, she struggled to pay my fees which was like 200k per term at times she couldn’t even afford to give me food to school I would just go to school without food I couldn’t complain, I knew my mum was struggling.

This my friend noticed how things were and I remember him always sharing. The 1000 naira his mum gave him for food daily with me he would split it in 2 or sometimes he would just buy me food, he never let me starve we became really close I met his mum she was so nice, she used to drive the latest cars. He also met my mum.

Fast forward to about 3 weeks ago from today I went to computer village to do somethings and on my way back I saw this small Danfo bus parked in front of me and I was shocked to see a woman driving it, something just told me to look at the woman’s face properly.

I was so shocked to see that it was that my friends mum driving the small danfo bus, immediately I ran to her and I greeted her, she was so happy to see me then all of a sudden she started crying. I couldn’t talk much I collected her number and gave her mine to give her son.

I told her to tell her son to call me. I couldn’t believe my eyes when I heard the whole story, apparently his rich father had so many wives girlfriends and kids and he abandoned the woman to take care of her kids(she had 2 kids for him).

I was so sad immediately I sent his mum some money to pay off some debts and I took my friend in and I made so many calls, at least to get him a job to assist his mum. They both thanked me so much but I’m sure they had forgotten the help they rendered me.

I’m glad to say that I actually got him a job and he resumes tomorrow, the joy in my heart is so full, and I feel so happy, when you do good do it completely with your heart not with the hopes to get something in return and God will bless you.” 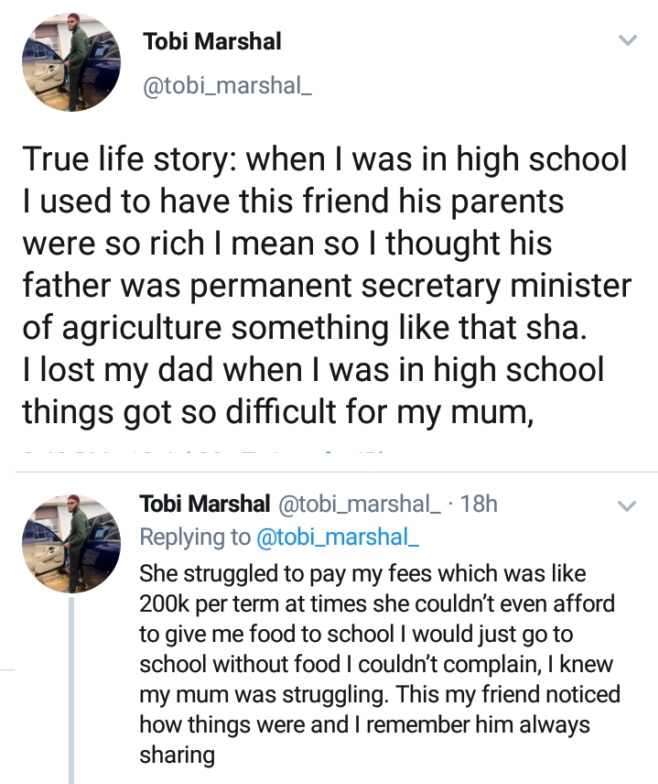