Femi Adebayo is a popular nollywood actor . He is a certified lawyer , film director and producer , he is nickname ‘ Jelili ‘ in one of his hit movie . 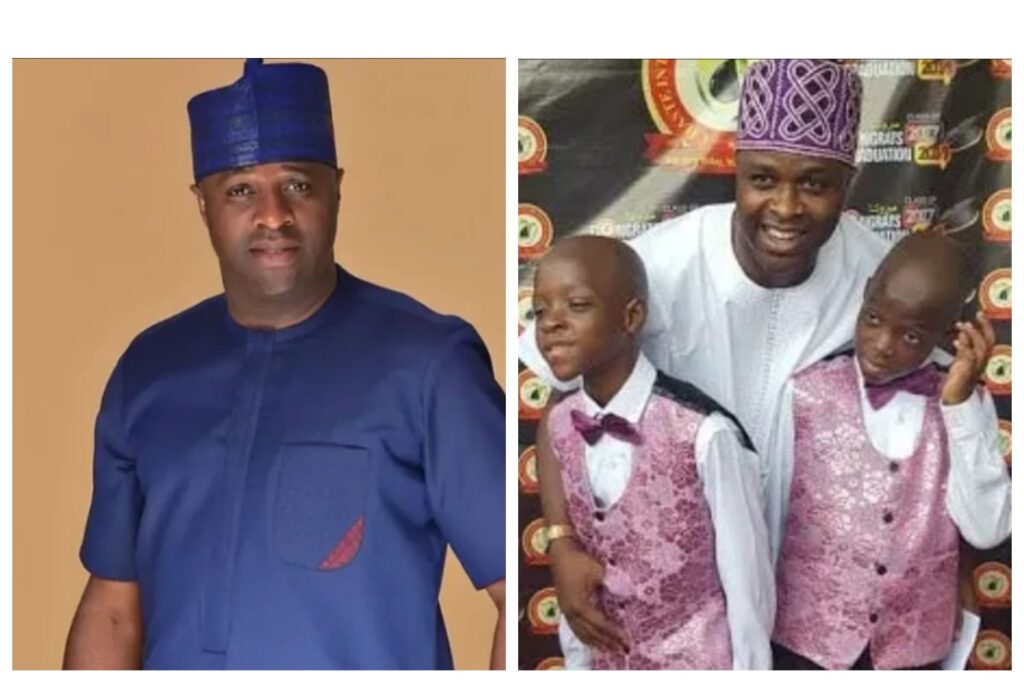 He is the son of the popular veteran actor Oga Bello from Kwara state . His first movie is titled ‘ Ogun Ajaye ‘ which happened to be his father’s first movie .

He has received numerous awards for his outstanding performance and contributions to the growth of nollywood movie industry . Femi Adebayo has large fans base both in Nigeria and abroad . As regards his marital life , he is presently in his second marriage .

His first marriage with Khadijat failed as a result of his wife accusing him of having extra marital affairs with his co – artists identified as Funke Akindele popularly known as Jenifer, this allegation eventually lead to their official separation in the year 2011. The marriage produced three lovely and adorable children , one girl and two boys (Twins) .

Femi Adebayo got married to his present wife , Omotayo memunat in October year 2016 and the marriage is blessed with a boy . Femi Adebayo’s twins boys are Fadlullah and Fadlulrahman Adebayo , they looked so much alike . See some of their lovely photos below :