A little boy packed his bag and threatened to leave home due to some issues but he was confronted with harsh realities of life. 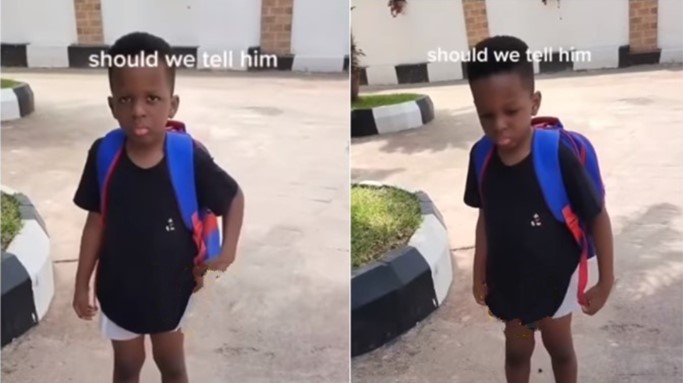 In a video making the rounds online, he could be seen carrying his school bag in preparation to leave but the problem was that there was no one to take him.

He requested that the family driver be permitted to drive him, but his mum reminded him that he is now an adult so he can drive his mini car out.

The boy then mentioned that the car was dirty and in response his mother told him to wash it because that is what adulthood is all about.

It was at that moment it dawned on him that being a grown up is not easy as he wore a look of confusion on his face.