Nigerian singer and entertainer, David Adeleke popularly known as Davido, has said money or success can never change him.

The DMW boss who comes from a wealthy background and is also a successful musician, took to his Instastory to make this statement on Friday, July 8.

According to Davido who is known to be jovial and receptive to people, he can never change his personality for anything.

He reiterated that he can never change himself because of wealth or success even thought it might cost him his privacy. 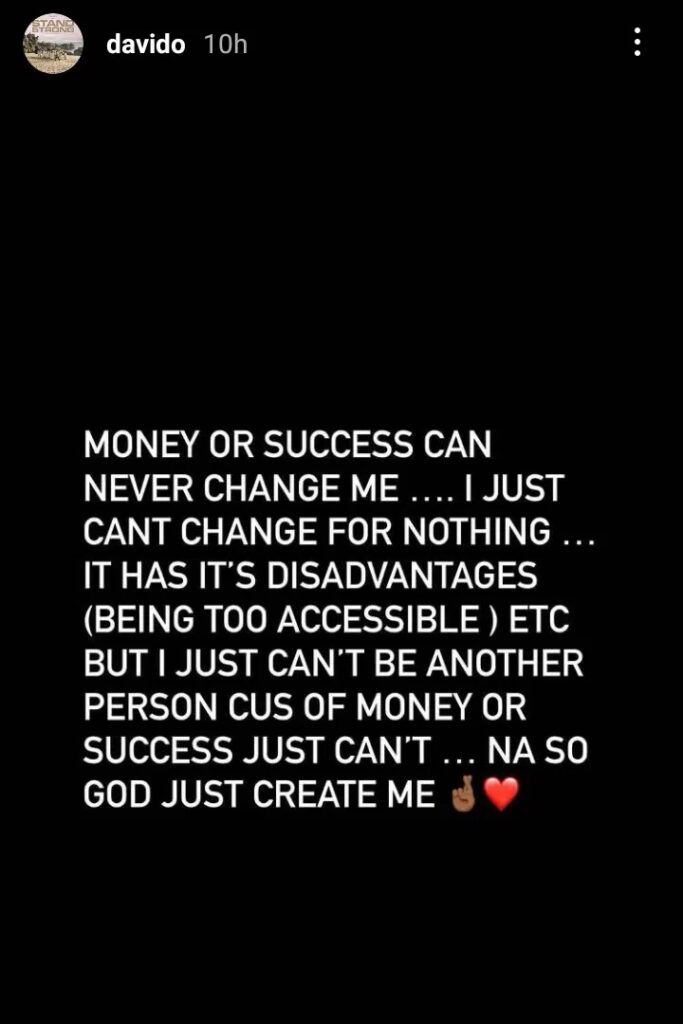 The DMW boss was performing at a recent event when an energetic male fan climbed the podium in an attempt to get the singer’s attention.

However, Davido who appeared frightened by the fan’s move, fumed and gestured to question the young man’s sanity. This was evidently not the response the fan had anticipated.

Disappointed, he gently came off the stage.