A gentlemman has taken to his social media page to lament after discovering his girlfriend still collects money from her ex-boyfriend for their upkeep.

According to the WhatsApp conversation that was shared online, Henry the boyfriend, discovered that his girlfriend Jessica has been receiving money from her ex boyfriend, Alex.

Henry confronted Jessica about lying to him that she got a salary increment from N50k to N95k whereas the source of the income boost was coming from Alex her ex.

While Jessica however insisted that Alex was just being nice as a friend, Henry feels she might be getting laid with her ex in exchange for money.

Henry was more furious over the fact that when he went through Jessica’s conversation with Alex, he found out she told him her boyfriend isn’t man enough.

Read the chat between Henry and Jessica below, 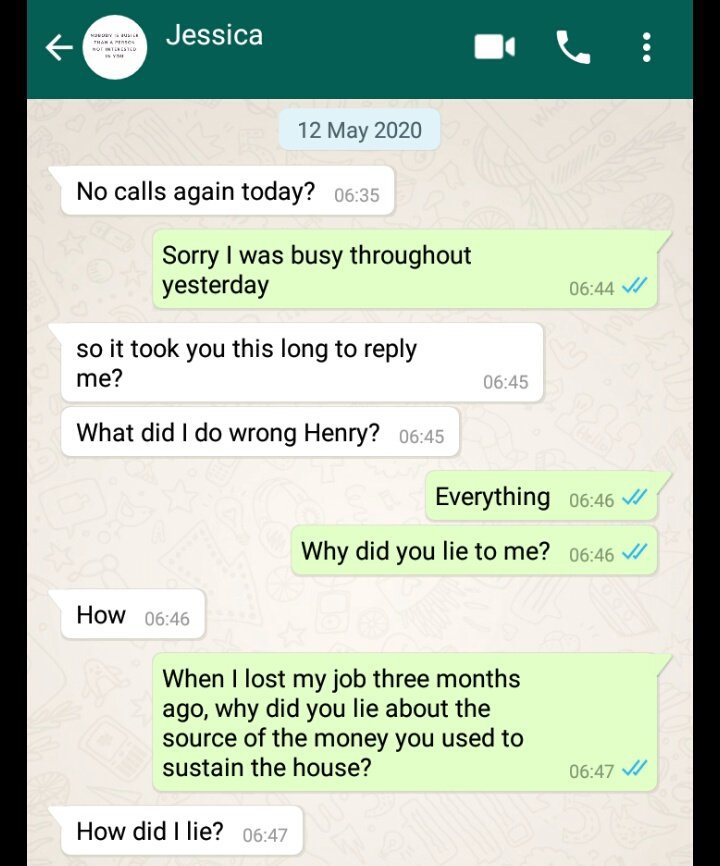 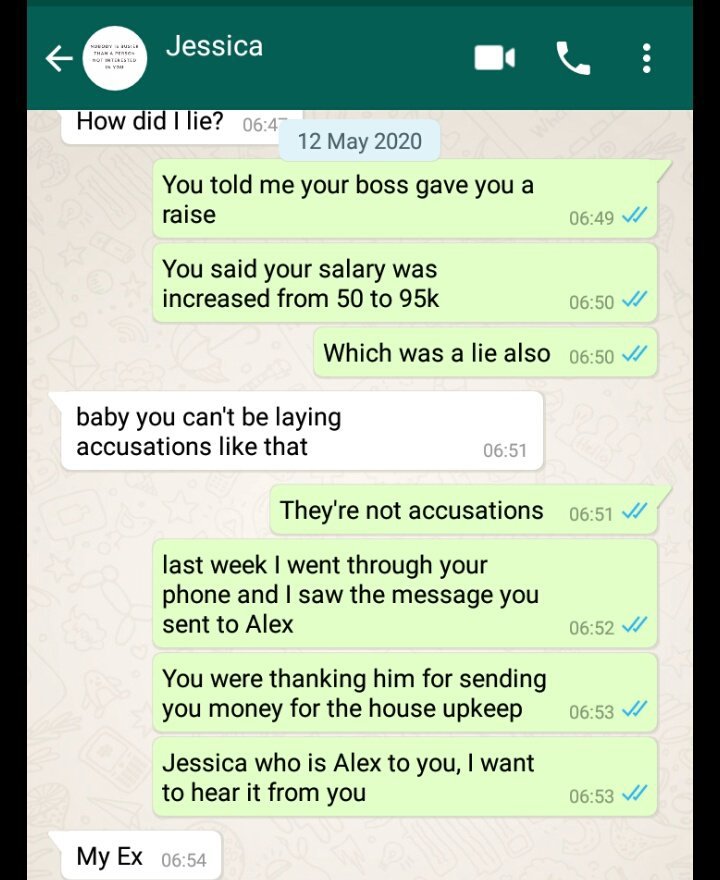 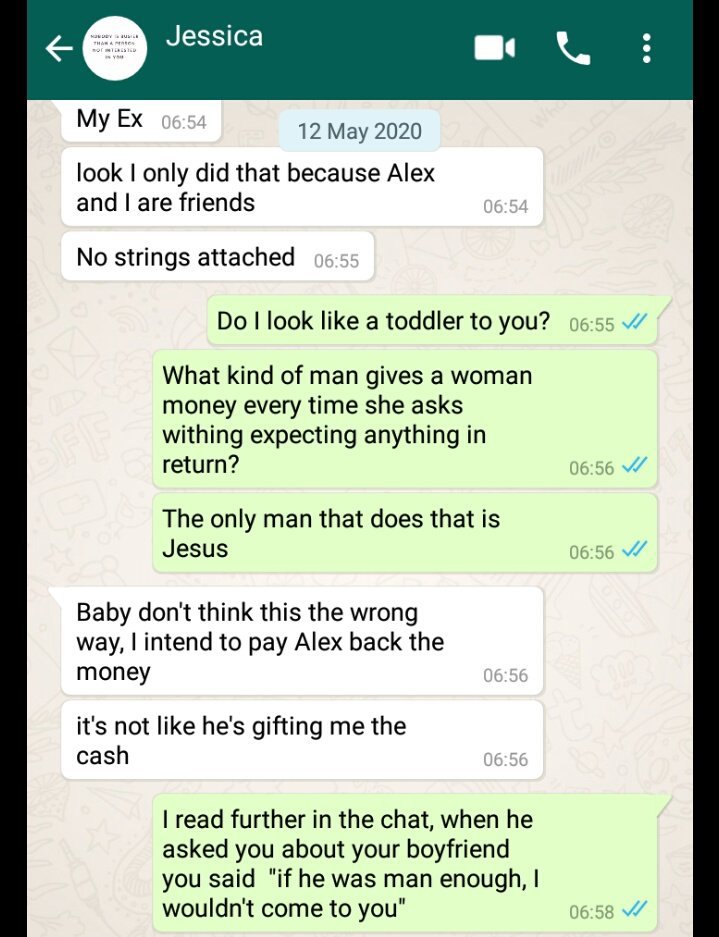 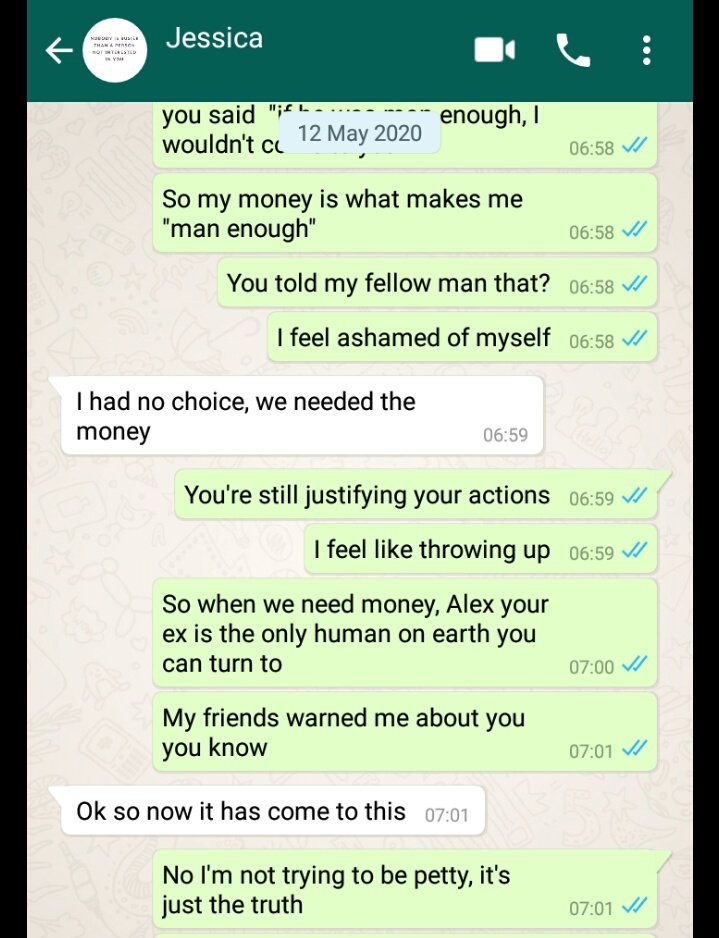 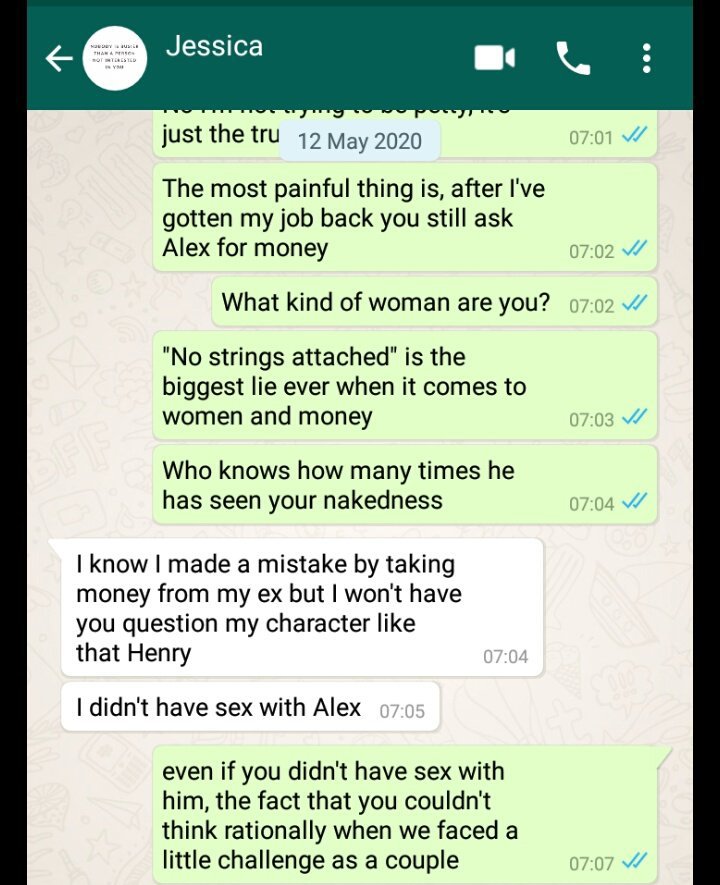 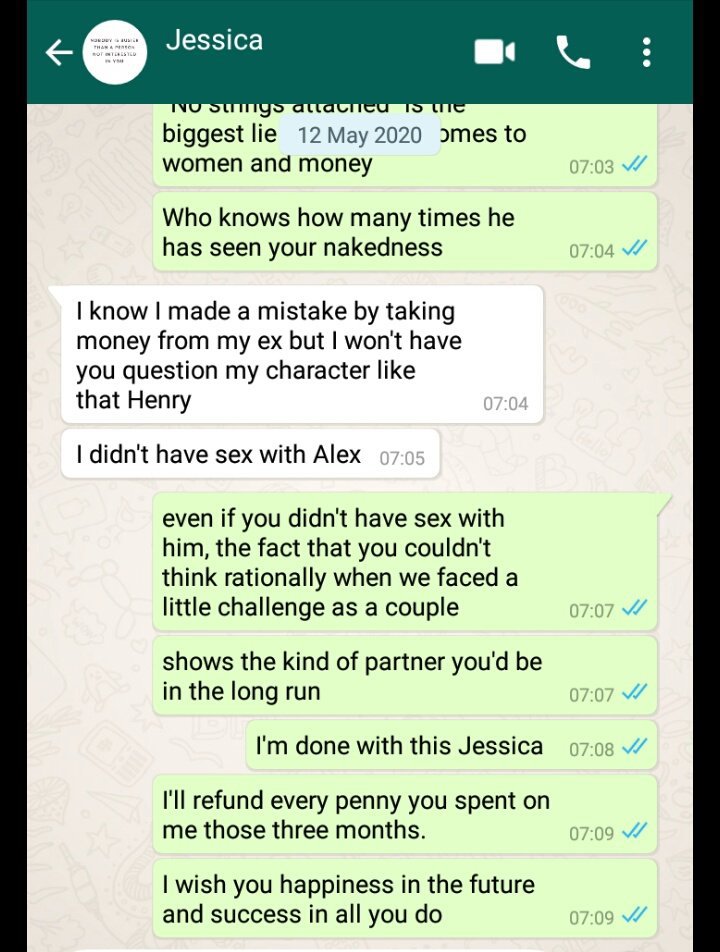 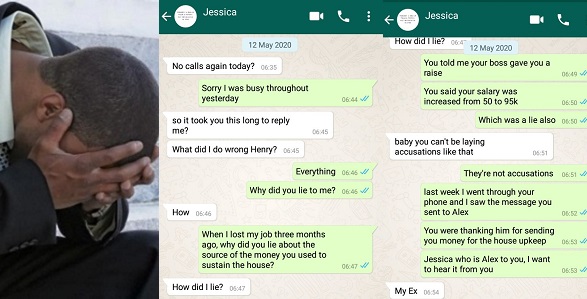