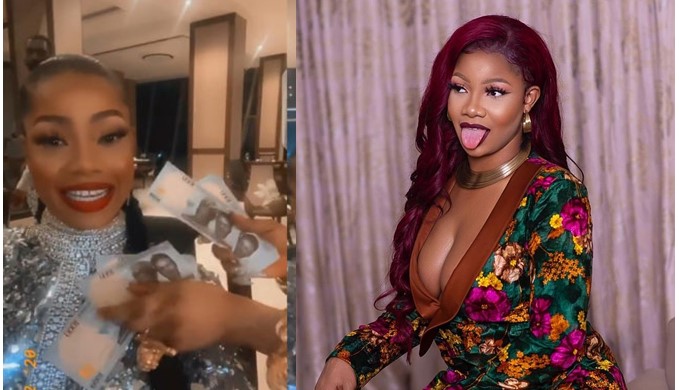 Big Brother Naija star and brand Influencer, Natacha Akide popularly referred to as Tacha has said that the money she makes can never be linked to any married man.

A fan identified as Adeyemi Oba lauded Tacha for working for her money as he said that nobody can ever claim she made hers from a married man.

His tweet comes on the heels of allegations that the lavish lifestyles of BBNaija stars, Maria and Mercy Eke are being sponsored by rich men.

Adeyemi wrote; ”I give it to Tacha tho, work and show it so nobody can say her money is from married men”

Reacting, Tacha quoted the tweet and affirmed; ”Can’t be”