The family raised the alarm December last year that Madam Okoro’s corpse got missing at the mortuary. What actually happened? 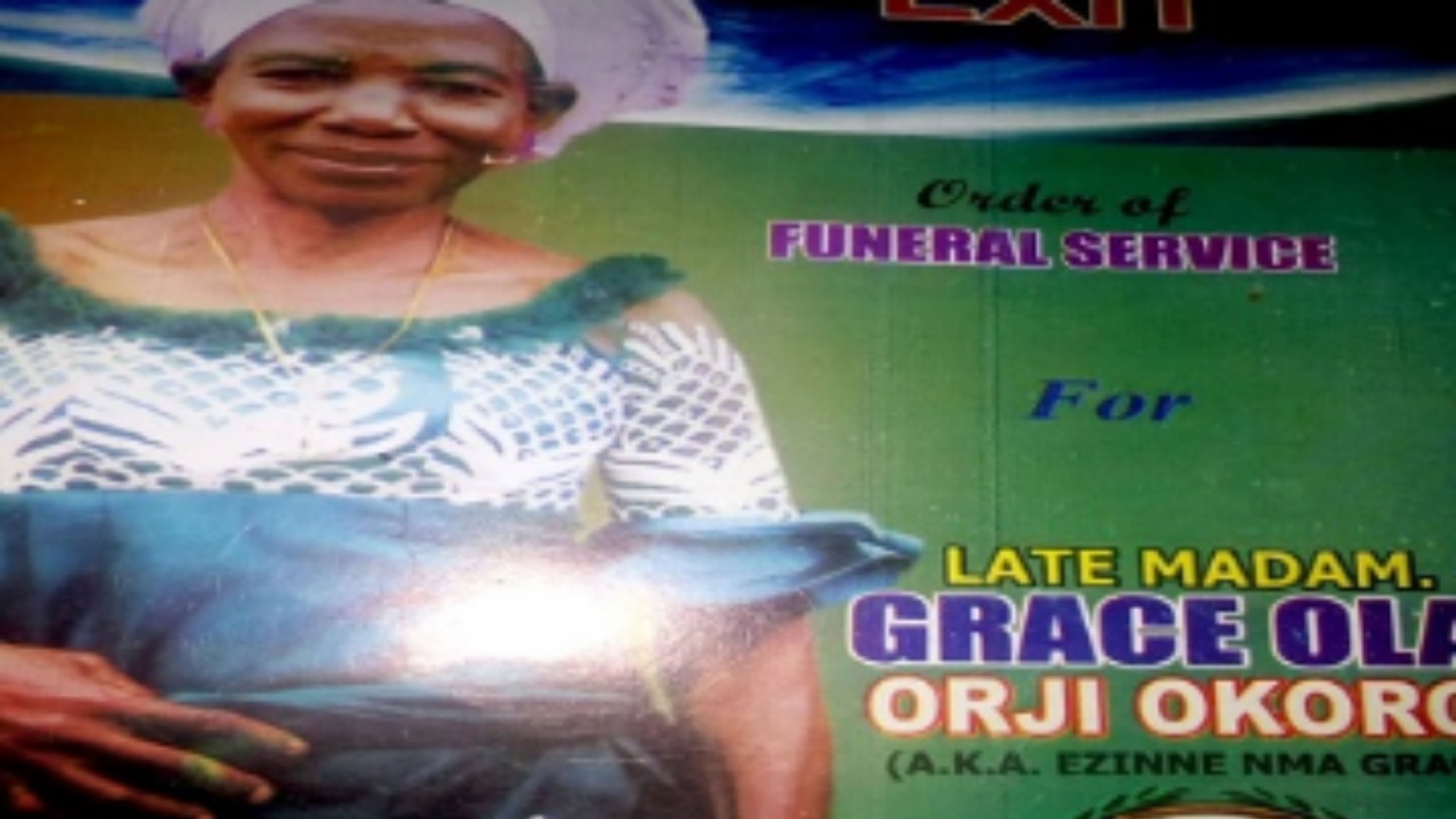 The story is both pathetic and unbelievable! Her death occurred at around 5am on July 2, 2021 at the Alex Ekwueme Federal University Teaching Hospital, Abakaliki, Ebonyi State. The corpse was deposited on the same day at the mortuary of the General Hospital, Owutu Edda in the Afikpo South Local Governmenr Area. The funeral was scheduled to hold on December 27 and 28 2021, a request granted by the elders, town union, and youths of Igbara town. Normally, funerals are not allowed in my home town during the festive periods of December and January.

The ceremony was to start at 10am, but at 12 noon, both the ambulance bringing the corpse from the mortuary and relations and friends that went to the mortuary had not been sighted. There was apprehension everywhere when a relation drove in from the mortuary and asked me to come with him to the mortuary. On our way, he told me that I was needed to identify the corpse. That information put me off and I began to feel uneasy, wondering why even her first daughter who was living with her till the hour she died could not identify the corpse of her mother. As I got to the mortuary, I didn’t find it difficult to notice that the corpse that was cleverly packaged was not that of my sister due to one distinguishing feature of my late sister.

As the mortician, Mr Joe Nweke, noticed that we had discovered his tricks, he lied that his colleague, who was not on duty due to ill health, was the person that received the corpse and did the documentations on the day it was deposited.

A call was placed to his colleague, who, when he arrived, demanded the receipt to track the corpse. Unknown to us, Mr  Nweke had quickly hid the receipt that we presented, but he lied that he had given it to one of us. It took up to one hour’s search for the receipt in their office, before my niece forced her hand into the man’s side pocket, and pulled out the receipt wrapped inside a currency note, to the shock of all that were present.

The mortician’s intention was to deny that we deposited a corpse at the mortuary. It was at this point that the first daughter of the deceased narrated to us how each time she visited the mortuary to check on the corpse, the mortician would not grant her request, with an excuse that he had just fumigated

the place with a very strong chemical. The same was the experience of other relations who went there on December 26 to deliver the casket, and the clothes to dress up the corpse. The mortician didn’t deny these reports.

It took the presence of armed soldiers to prevent youths from my town from lynching the morticians and possibly razing down the mortuary. I thank God for that, as it would have degenerated into a case of “taking the law into your own hands.” We went to the police, who then arrested the mortician, and the clerk of the mortuary.

Was the corpse eventually found?

No! All the efforts put in by the police yielded no positive result. The suspects took us and the police to various

villages and families who had true evidences that the corpses they buried were theirs.

Do you mean the corpse has still not been found since December?

Yes, the corpse is still missing as we speak. My sister has not been buried and this is very unsettling for the entire family. How can we bury someone, a mother and sister, whose corpse went missing in the mortuary?

Where is the mortician now?

After two weeks of fruitless investigation by the police, the state police commissioner ordered the suspects and the managing director of the morgue to be charged before the magistrate’s court. They were arraigned on January 14. The suspects pleaded not guilty to all the charges. The court gave them N500,000 bail each, with a surety in the same sum for each suspect.

How do you and other family members feel about the whole incident?

We feel very bad and embarrassed about the entire thing. Not just family members, the entire town is totally disappointed.  Remember I said the community gave a waiver for the funeral to hold during the December festive period because of the respect they have for my sister as a good person, who had lost all her five male children to death. Think of the huge amount of money spent in preparation for the burial, the time wasted, and the food that was left uneaten! It’s a big embarrassment to the family, and to my home town, Igbara.