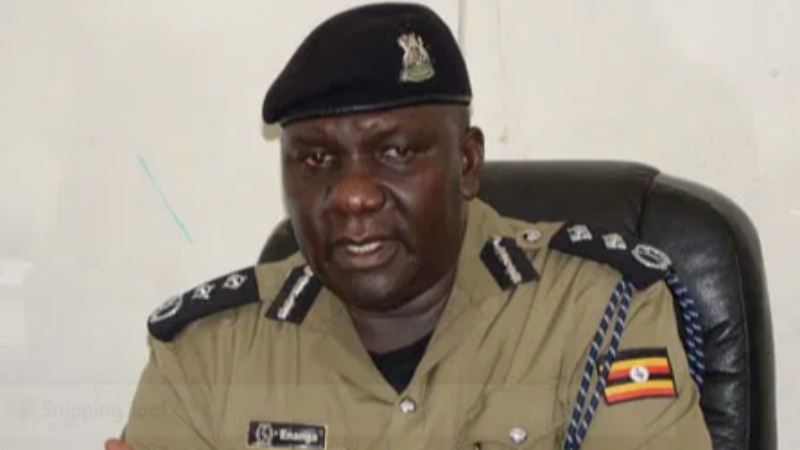 A yet-to-be identified Nigerian man has been arrested and detained in Kampala by Ugandan Police for allegedly holding three female students of Makerere University Business School (MUBS) in hostage for over 10 hours.

This was disclosed by the Police spokesman in Uganda, Fred Enanga on Monday, December 9th.

According to a report by Uganda’s Daily Monitor, the suspect invited his Ugandan girlfriend, who he met less than a week ago to his home in Mutungo over the weekend and she reportedly visited along with two other female friends.

Enanga disclosed that around 9pm, the students told him they wanted to leave but he insisted that they stay around. He reportedly confiscated their mobile phones around 10pm, locked them inside the house and left.

However, one of the girls had an extra phone, which she used to inform her other colleagues what had befallen them around midnight. The students rushed to Kinawataka Police Station and filed a case explaining how their colleagues were being held captive by a man.

Kinawataka police sent a message to Jinja Road Policing Division, which immediately launched a hunt for the students throughout the entire night of Saturday. However, the suspect returned around 7am on Sunday morning and released the trio. Enanga said since police were already on the hunt, it traced the phones once they were returned to the students and switched on.

Police collaborating with victims located the suspect’s home leading to his arrest for unlawful confinement.

“We arrested him on charges of unlawful confinement. The suspect had actually invited his girlfriend who came in the company of two other girls at his rented home in Mutungo. The girls were there up to around 9pm.

These are university students. He unlawfully confined them from 9pm up to 7am. For 10 hours, these three girls found themselves in a very vulnerable situation that anything could have happened on them.

We managed to arrest the suspect, who’s a Nigerian national,” Enanga said.

The suspect, according to Enanga, said he hadn’t abducted the students but he kept them in his house for fear that they could be hurt by thugs in the area if he had allowed them to move alone during night hours.