Home ENTERTAINMENT Nigerian man storms off in disappointment after using his girlfriend to test...

A Nigerian man participated in a social experiment which involved testing his best friend’s loyalty with the help of his girlfriend. 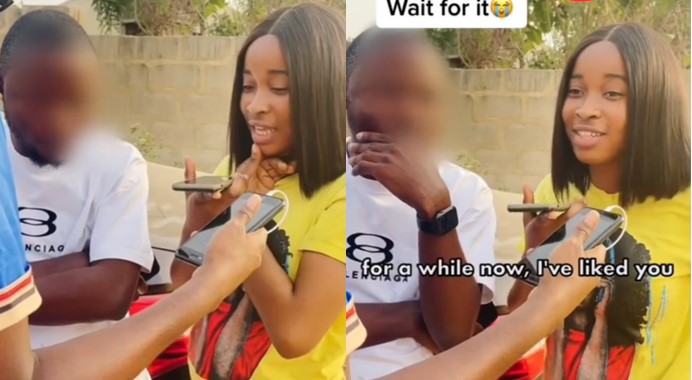 The idea is to put his bestfriend to the test to see if he would be open cheating with his friend’s girlfriend behind his back and sadly he failed.

He thought that his pal would pass the test and make him proud, but he ended up being disappointed.

It was agreed that his girlfriend would put a call to his bestfriend and inform him of her secret feelings for him.

When she called him and introduced herself, they got to talking and she opened up about liking him, interestingly, he said that he felt the same way.

He initially expressed reservations about the idea of cheating with his guy’s girlfriend but she assured him that they can handle it like adults.

Towards the end of the clip, the bestfriend told told the lady that he was already thinking of kissing her and this angered the boyfriend who walked away.